This post summarizes the findings in a detailed survey on test automation that reveals impressive numbers shared by participants on different criteria of test automation.

Quick Summary :- Almost every organization is considering test automation as an effective way to speed up the software delivery cycles. This post reveals incredible numbers and perspectives shared by over 1500 participants in a test automation survey conducted by Simform.

The most common answer to the need for test automation is to reduce the time for a software release. And while this is just the tip of the iceberg, there are many obvious benefits of choosing test automation as organizations transition from traditional to agile software development approaches.

It is observed that over the past few years, Agile and DevOps aren’t just the buzzwords but have become rigorous practices in most organizations. With agile becoming the necessity of modern software development for its fast-moving and collaborative qualities, it made test automation a mandatory step to keep up with the fast-moving approach of software releases. Today, organizations have recognized the need for productive work environments and the need to speed up the related processes that make them stand out in the marketplace.

The data collected from the software testing statistics from different testing industries will help tech leaders, QA managers, automation testers, and their teams to understand the true power of automation testing and how it unlocks the strategic potential of becoming genuinely agile!

This test automation statistics sought some fantastic numbers that introduced to…

A total of 1579 participants completed the survey, out of which 24.5% people are Software Developers, 18.4% are Automation Testers, 17.9% are Manual Testers, and a significant 9% are Project Managers, 6.6% are Test Managers, while 7.1% are C-level Executives. 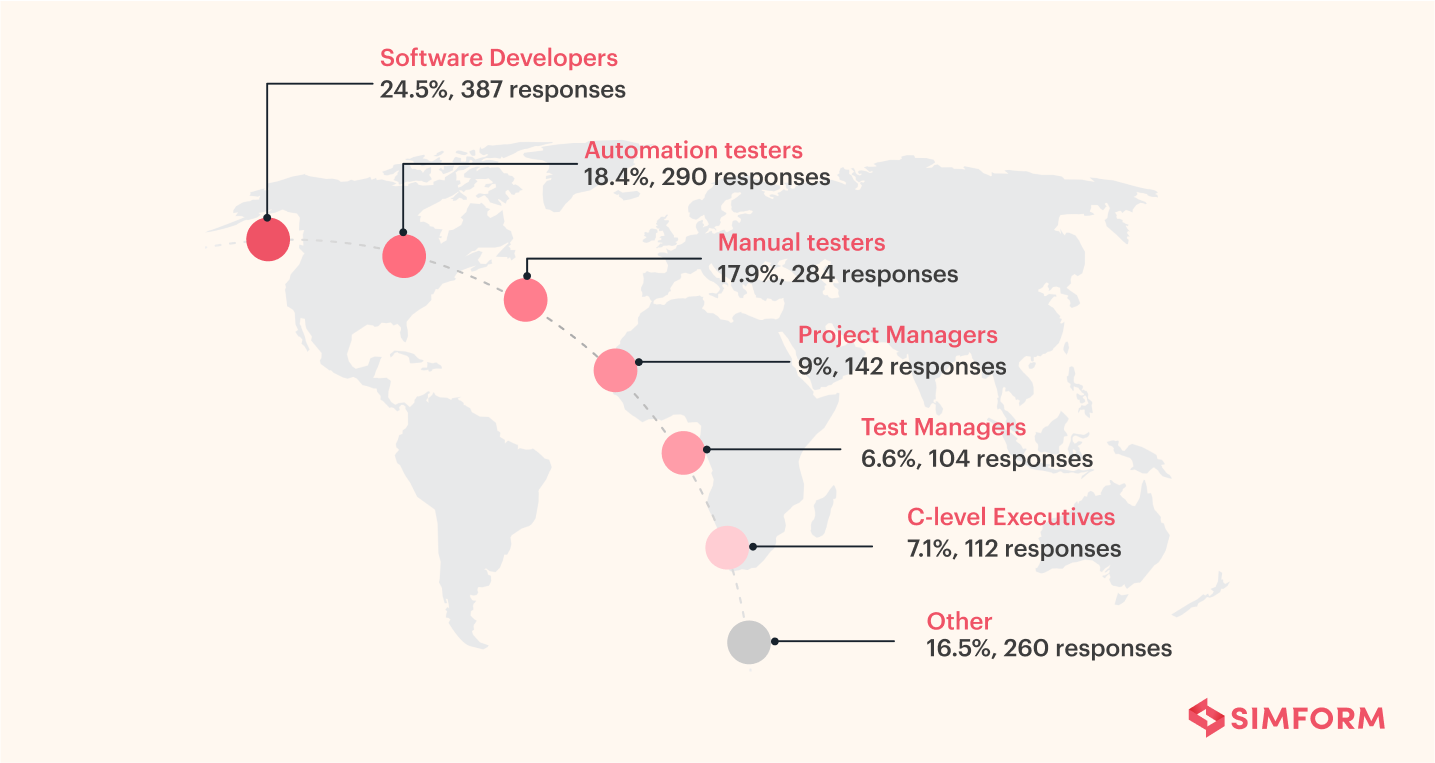 The above graph depicts the percentage of people with their years of experience.

Though software testing seems to be making many moves and continually advancing with the technology landscape; we observed that many development teams still abandon the idea of adopting DevOps at all or after it doesn’t work for a quarter or two.

The following graph depicts that most respondents admit to having a designated DevOps team in their organization while the remaining 40.1% don’t.

Availability of skills for test automation

Interestingly, as the software testing market size exceeded USD 40 Billion in 2020 and is expected to grow at a CAGR of over 7% in coming years, the numbers revealed that 79.9% of respondents had the required skills for test automation, whereas 20.3% denied the same.

Choosing the proper test for automation is essential. Even if you’ve mastered test automation skills, it’s vital to consider what makes a test eligible for automation. On asking questions to participants about which tests do they prefer to automate, we got some impressive numbers.

These tests involve a lot of repetitive work and data entry. Plus, they have clear pass/fail results, so they are the most preferred tests for automation.

While the least automated tests are… 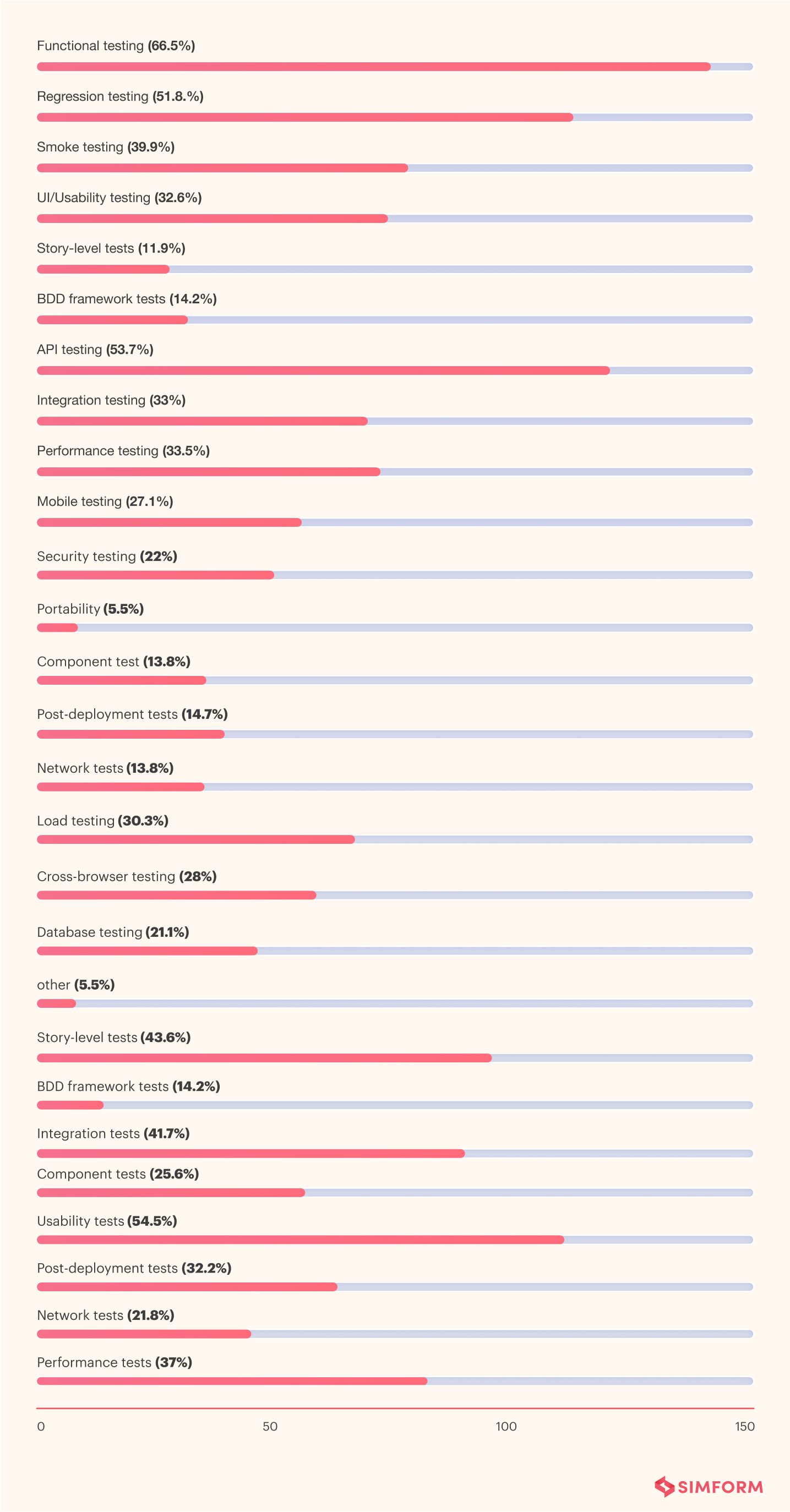 The selection of the tool is largely dependent on the Application Under Test(AUT), however, there are few general considerations that were highlighted during our survey,

When it comes to preferences for the test automation tools, some of the highlighted ones are among the popular ones, Selenium (64.2%), Appium (22%), and Cucumber (18%)

Many of these tools have been in the market for a long time. We’ve been using them extensively at Simform though it’s a subjective thing for one person as it depends on the individual’s requirements. 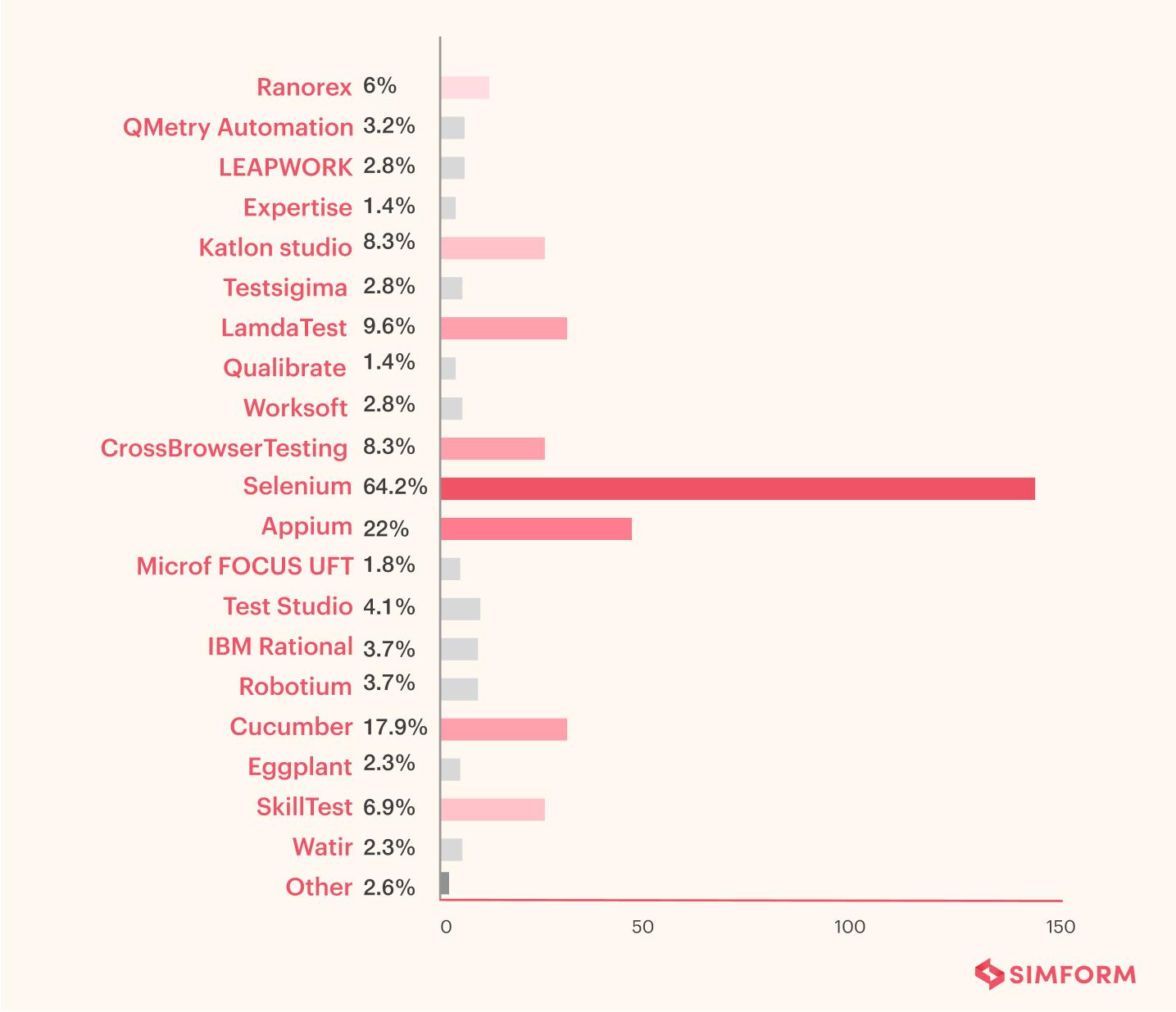 If these numbers sound exciting to you, we’ve got something better. Download the entire report here to know more.

The State of Test Automation Report 2022