Building a Scalable and Maintainable Front-End with Component-Based Architecture

Building a Scalable and Maintainable Front-End with Component-Based Architecture

In 2013, Facebook introduced ReactJs and changed the way developers built front-end applications. With its Component-Based Architecture (CBA), developers could divide the application features into smaller pieces and then encapsulate them to form autonomous and independent systems.

Over time, using Component-Based Architecture for designing and developing the front-end applications became best practice as development teams realized its benefits. How can you use it to build a scalable front-end? Before we get into that, here’s how Stefano Armenes explains scalability:- 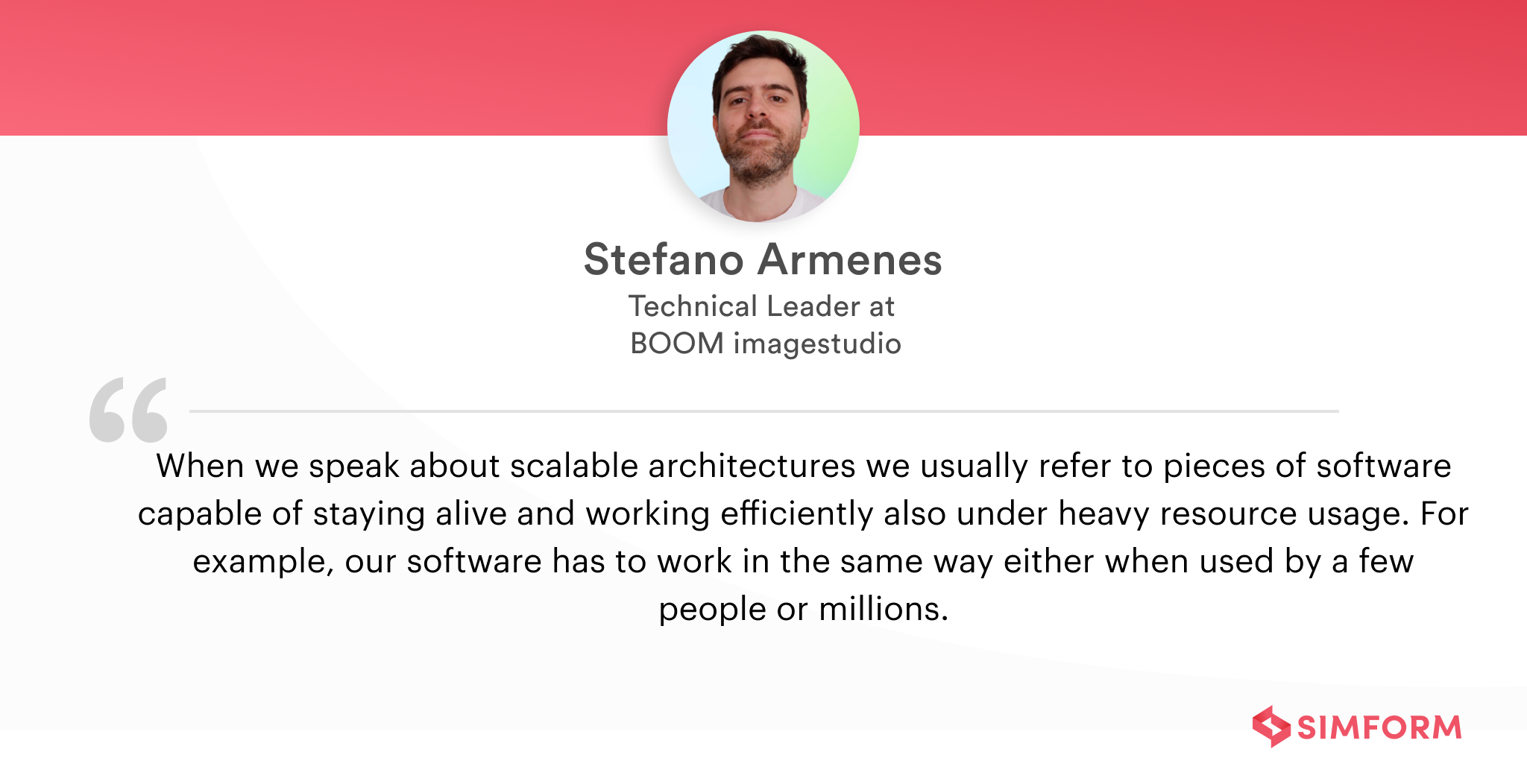 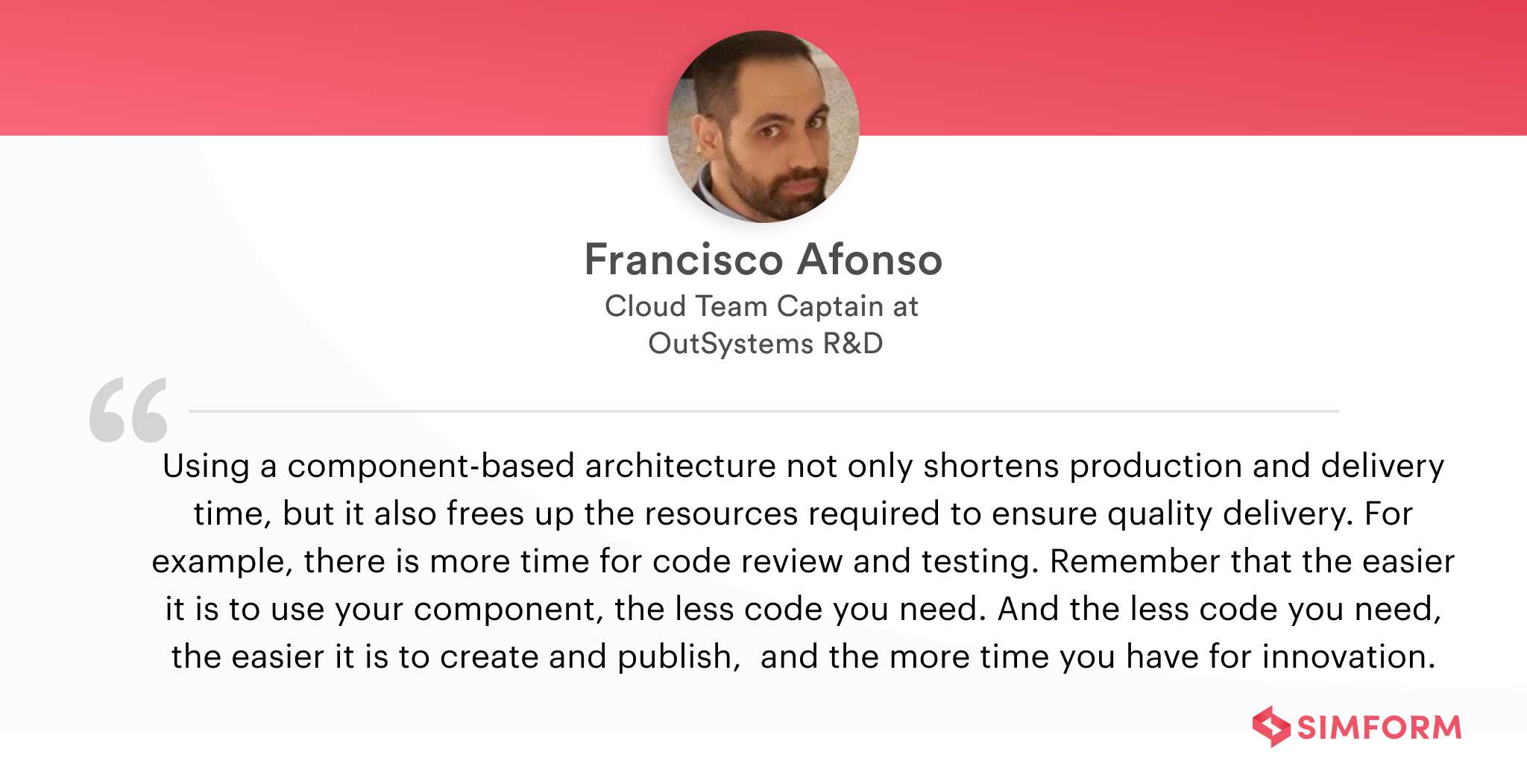 But don’t take our word for it!

This article explores the examples of 4 top organizations – USA Today, PayPal, Walmart, and Flock, that have successfully scaled their front-ends with component-based architecture and development style.

Here are a few quick facts about Paypal’s Component Explorer:

Similarly, development teams at Walmart had to find a robust solution to component discovery issues in the company.

In 2016, Walmart.com catered to 18 million monthly visitors and 10,000 requests every second while adding over 1 million items to the existing 15 million. With hundreds of developers working on similar components used for various frontend applications, the chances of code duplication were high. While React’s component model made reusing the code much more straightforward, there were still many challenges on the way.

As a result, the developers at Walmart built a solution called the Electrode Explorer in 2016 to tackle these challenges. Intending to improve productivity and create new tools for future scalability, the company migrated to React/Node.js in less than a year.

Electrode Explorer was an independent web application that let the teams display, search, and modify all components. With this app’s creation, the developers had eliminated the need to install components locally and conduct time-consuming searches through multiple repositories. It enabled development teams to view each component with an auto-generated demo in a ‘component playground’.

Now that we saw the discovery and sharing of components, let’s take a look at how Flock built its own reusable components.

It was a common practice for development teams at Flock to extract a repository component and use it in two or three different repositories. However, if there was a bug in a code, it also got copied in all the repositories. This resulted in developers spending too much time fixing the bug. Moreover, Flock allows developers to build an application for their Flock teams or even for the whole ecosystem, so maintaining a standard and consistent structure of components was the need of the hour.

Unit tests show developers if a core feature is compromised, so writing them was next in line. For this, Flock created a component library with reusable components. Divyam Rastogi recommends using Storybook to create standalone components and Lerna to modularize components into smaller and manageable repos when they get too heavy to manage.

On the other hand, here’s how USA Today adopted the Component-Driven-Development approach to creating a common ground for its design and development teams.

With a host of developers, designers, and journalists in their employ, USA Today found itself struggling with the inconsistencies seeping into the system because of individual preferences. The massive scale of the organization with its countless participants made it difficult for them to:

Thankfully, it didn’t take them long to notice they had no single source of truth, which happens to be the root cause of all these issues.

Soon, USA Today adopted the CDD philosophy and created a central design system that’d be the north star for designers and developers alike during frontend development and scaling.

They also realized that the best way for the literature to provide answers for everything was to ask questions while building it for documentation. So while breaking it all down into modules and components, they want you to seek answers to these five questions when looking at a component:

Well, what did they achieve with this exercise?

USA Today’s design system turned out perfectly for their needs––i.e., to scale without affecting their brand integrity.

Scaling a front-end as your organization grows is similar to getting car insurance. You never know when you may need it but you should always prepare for such situations. Component-based architecture is a guaranteed way of ensuring that your system is not entangled in dependencies and bugs that severely affect your performance and ultimately, your business. Let us know if you have any questions, suggestions, or comments on front-end scalability and we’d be happy to talk to you! 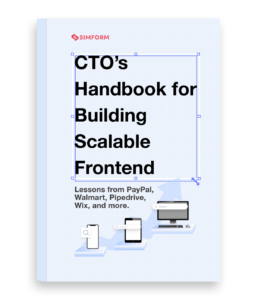 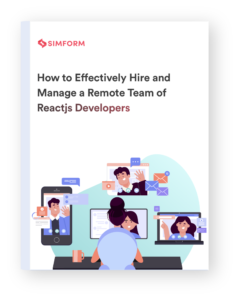