Agile vs. DevOps: Deconstructing the Titans of Dev Methodologies

Agile and DevOps have always been referred to as interrelated concepts, but how are these two methodologies distinct? Read more to find out...

Quick Summary :- Agile and DevOps are the distinguished heroes of the software development industry that have changed the way software applications are released. Take a deep dive into its history, how they are interrelated, and its distinct characteristics.

Agile vs. DevOps: Deconstructing the Titans of Dev Methodologies

Whoever came up with this comparison “Agile vs DevOps” sure had the nerve to tick off software developers, engineers, and tech companies, globally. Imagine someone out there thinking if they should choose to compare Agile and DevOps – the methodologies literally changing the software development landscape.

But dont you worry! Since we are already here and it is a question of concern, I will ensure that you get your answers.

To start with, there has always been an inclusive and exclusive relationship between Agile and DevOps. Both are principal methodologies in the software engineering ecosystem and are known for transforming business processes through speed, iterations, and collaborations. Words like “digital transformation”, “revolution”, “innovation”, and “quick software delivery” are always associated with it.

So, what do we make up with these two terms? Are they interrelated? Are there any key differences? Or do they simply complement each other?

Simform is a leading DevOps Consulting and Implementation Company helping organizations realize their full potential through faster deployment and product delivery. Connect with us today to improve your business operational capacities.

Let’s take a step back

Before we move ahead with the history of how Agile and DevOps came into existence, it is crucial to fully understand that Agile and DevOps are distinct methodologies, and cannot be compared.

It is like comparing a tomato and an apple.

YES, both are fruits! Both have fructose in them!
But we do not eat tomatoes for DESSERT or add them to a fruit salad. Pfft!! 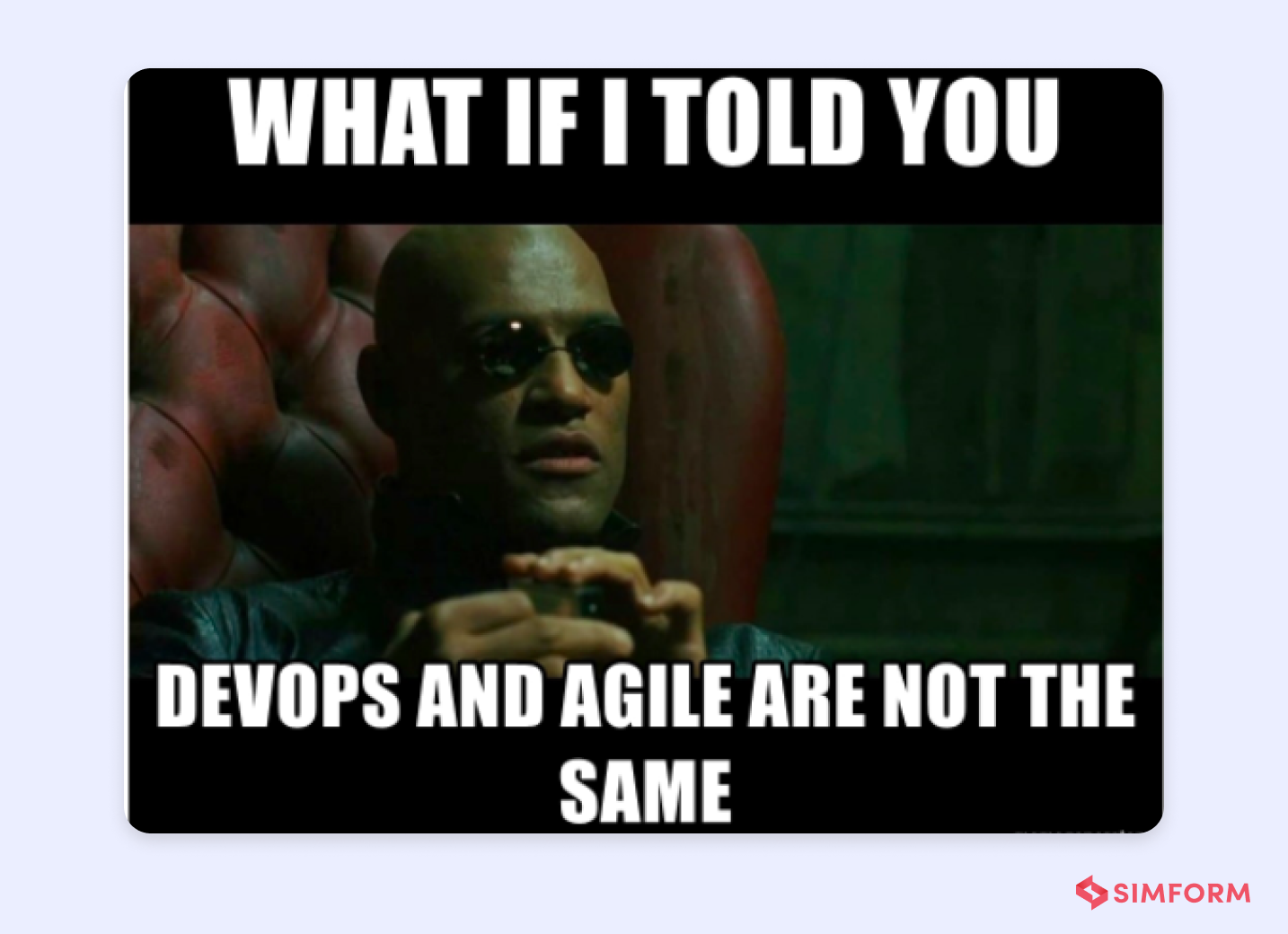 DevOps vs. Agile is a glitch in the matrix – it exists, it’s an ever-growing topic, the topic is good enough to blind you from actuality, and some chosen engineering heroes (ehem ehem! *pulls collar up*) are trying to bring out the reality.

While both are methodologies, Agile is a project management and iterative development methodology that involves continuous testing iterations, collaborations, feedback, and rapid software releases. It stemmed from the desire to deliver the best customer experience by keeping them in the loop and making changes as per their feedback.

On the other hand, a DevOps method is a work culture involving collaboration between the development teams and operations teams to deploy codes into production faster through automated means. It emerged from the changing needs to provide high-velocity software delivery in a highly demanding competitive market.

Their functionalities are different in terms of business requirements – the former emphasizes on the software development process, while the latter focuses on the development and operational practices.

History of Agile and DevOps

It might come across as the perfect solution for a development team since there’s a standardized process in place.

But that’s precisely where the problem started…

The waterfall model is rigid and a one-way sequential process – developers can’t move back a step to make space for customer feedback or adopt an iterative approach. Iterative cycles go through the entire sequence process, eventually wasting a lot of time releasing the desired software.

Furthermore, siloed departments for developers, QA testers, and system admins create communication gaps that are hard to address when the app has to go through testing or scaling.

All that remains are teams pointing fingers at each other and an incomplete, imperfect application that is never ready, ironically, even after its launch. Team members were rarely happy with the product they delivered, and users were left with a faulty, insecure application with a bad user experience.

This is where agile came into being!

Incorporating client feedback and iterations were impossible with a singular, linear workflow like that of a waterfall method. Agile was the answer for resolving the long, rigid, and repetitive process that engaged the entire team to one application with endless backlogs or issues to troubleshoot.

Agile software development introduced a new way to break the entire product into small pieces and later integrate them for the final test. The goal was to bridge the gap between developers and stakeholders so that the agile team could meet customer needs and expectations, even in real-time.

The introduction of the agile methodology is a bit more dramatic than what we all thought. You might think that this one person or a group of developers from one organization experimenting with a work process suddenly found breakthrough results.

Well… that’s not how it went!

A group of seventeen software engineers experts got together and checked in at a ski resort in Utah in 2001 (cliche). They decided to pen down the methods they have been using in combination with the traditional development process. These authors include Martin Fowler, Robert Martin, Dave Thomas, Kent Beck, and many more well-famous and accomplished in the current software engineering landscape. The result of their authorship is what we today know as the Agile Manifesto. 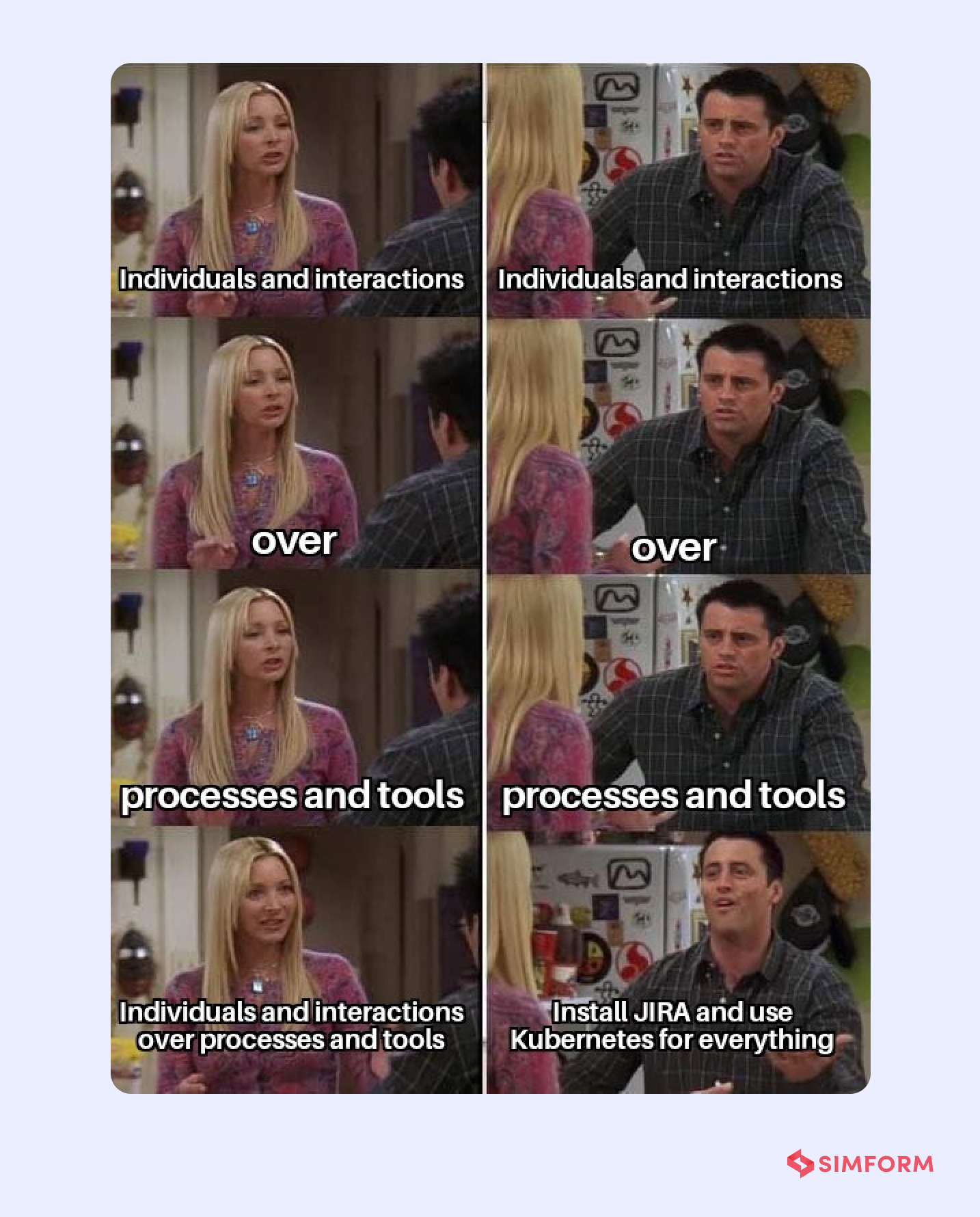 Agile improved team collaboration, paced up the time to deliver a product, boosted predictability, reduced risks, and even bridged the gap between developers and clients.

Yet, the developers’ cohort was not satisfied!
There was too much pressure on the developers to perfect the code, and system administrators had little to no time to contribute to the entire process.

While communication improved with the stakeholders on one end, the internal communication between developers and operations teams was not streamlined. This caused internal issues that somehow slowed down the process, despite improving the software development process.

Then came the showbiz of the industry – DevOps…

Agile took over the software development industry for 7 years, until two developers, Andrew Clay and Patrick Debois, decided to work together in 2008 and fill the gaps developers face with the modern agile method. It is not that Agile was a problematic solution, rather, it was incomplete. Engineers needed more to improve the communication gap across separate departments and accelerate the time it took to collaborate and deliver products.

DevOps was the solution to bridge the productivity gap between the developers and the operations teams. It took only one event in Belgium in 2009 to bring the world to a new recognition that DevOps was the new titan in the software engineering industry.

Mind you, the DevOps event or the methodology was never meant to override or take over other methodologies. Instead, it was simply a cultural shift that would improve cross-departmental integrations for quick product delivery.

The relationship between Agile and DevOps has always been a little complicated – they exist independently, yet overlap with one another to a great extent. 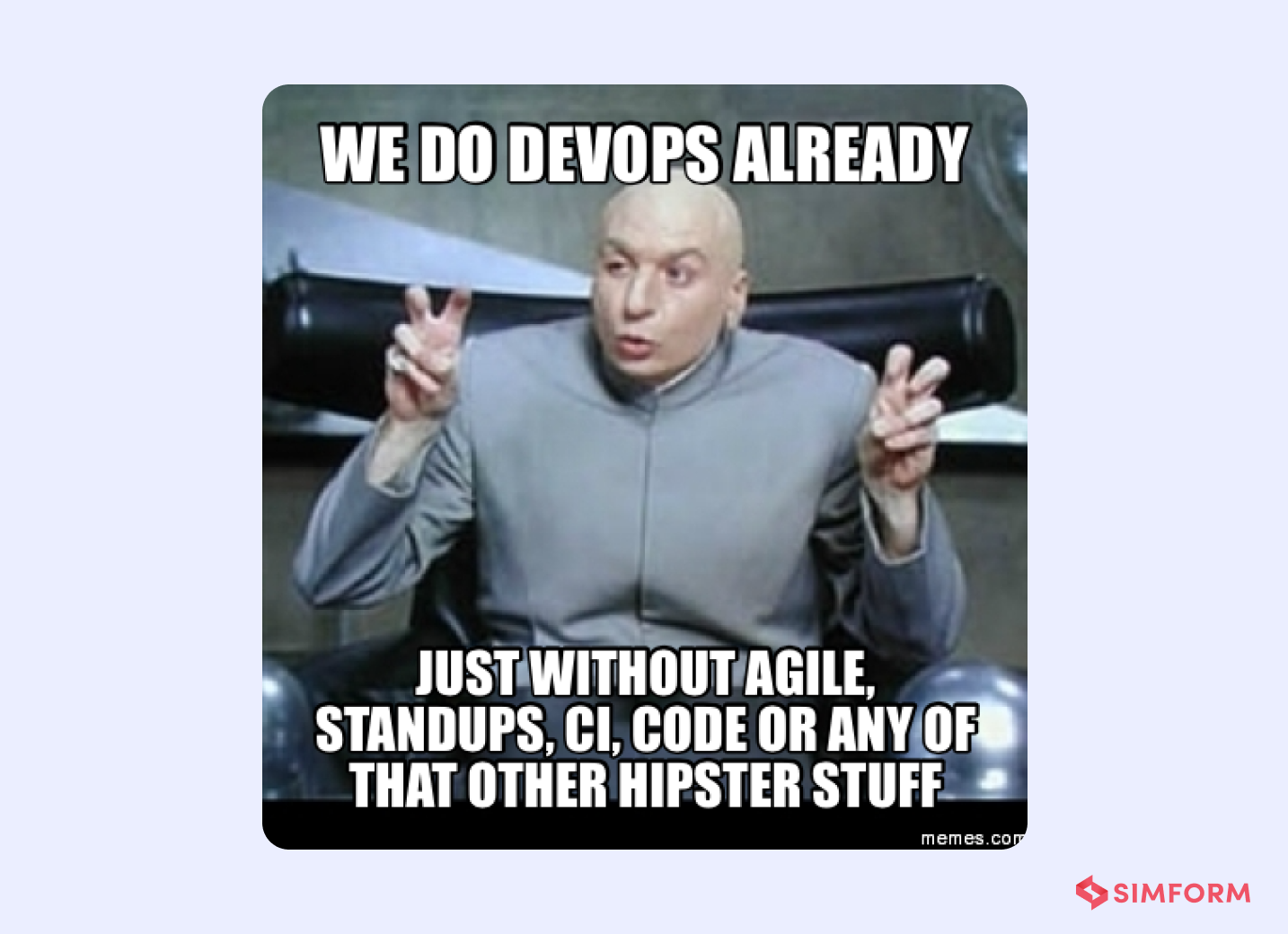 While both are not exactly the same thing, both methods complement each other. When used together in the work processes, they are known for providing greater output, maximizing efficiency, and even reliable results, irrespective of how complex the project is.

Now how do we really decipher this behavior?

The questions usually range from –
“Are DevOps and Agile interrelated?”
“Is it worth risking the cultural shift to adopt both?”
“Is it a risk-free evolutionary developmental method for complex projects?”
“How productive is it for the team in the long run?”

To answer these questions – YES, DevOps and Agile can be interrelated. Statistical evidence suggests that amongst the companies and many organizations that have adopted DevOps, 63% have experienced a continuous improvement in the product development process.

Moreover, 94% of organizations practice agile. Considering these, I absolutely believe that a cultural shift is worth the risk if it means improving organizational output and application performance.

How do Agile and DevOps interrelate?

Going back to the basics of Agile and DevOps methodology, it is clear that Agile laid the foundation for DevOps. This is because Agile focuses on the flow of software from ideation to code creation, while DevOps takes it up a notch and extends the approach to delivery and maintenance.

Interestingly, if organizations were to realize the complete implementation and benefits of Agile, then they need to implement DevOps.

Let me tell you how…

Remember the story of the 17 authors (who became the founding fathers) of the Agile Manifesto?

Although we can’t really say if it was intentional or unintentional, these authors laid down the 12 Principles of Agile methodology, emphasizing continuous integration, delivery, and even frequent release cycles. Despite being crucial agile core values, a complete sense of the CI/CD processes is only realized with the implementation of DevOps practices.

The ultimate end goal of both Agile and DevOps is to enable collaboration between different departments, achieve scalability, amplify the feedback loop, release products quickly, and improve business productivity.

If we were to see the bigger picture, organizations can rely on both DevOps and Agile methodologies to realize their software development goals and get higher returns on their investments.

You must have read the title and went like, “WHAT? You just mentioned DevOps and Agile cannot be compared!”

I did say that, but I’m a man of habit, and cannot help but give you the entire picture of the concept.

I’m creating a table for a conceptual comparison of both the methodologies to let you know how both differ, how they interlink, and some characteristic qualities that you would have to take into account during implementation. 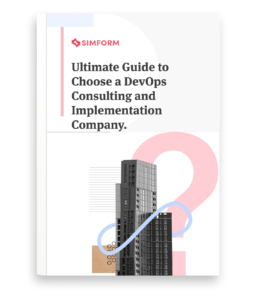 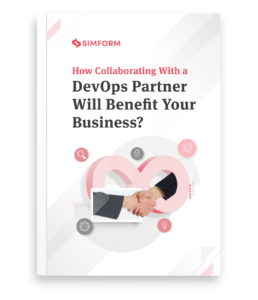 By now, one thing is for certain – Agile and DevOps are the joint rulers in the software engineering ecosystem. If you have not adopted any of it within your organization, then I’m afraid that you are way behind in the line.

Agile and DevOps together are known for providing more benefits than implementing a single methodology alone.

If you are still thinking about Agile vs DevOps, your focus should be on its implementation and following the best practices rather than choosing one over another. They both interrelate with one another to stabilize the IT infrastructure and improve business readiness.

If you want to know more about Agile, DevOps, and its implementation for your next project, then you are at the right place. Our experienced DevOps experts can guide you through.

Comment your thoughts below or get in touch with our DevOps engineers.