CI/CD vs. DevOps: A Microscopic Exploration With Examples & Differentiators

Wondering which is the best for your projects- CI/CD or DevOps? Here are all the answers you need!

Quick Summary :- CI/CD and DevOps help businesses streamline processes, optimize operations and improve ROI. However, when it comes to differentiating then, there is always that question about core concepts, use cases for which they differ, and integration differences. So, here is everything you need to know about CI/CD vs. DevOps

CI/CD vs. DevOps: A Microscopic Exploration With Examples & Differentiators

CI/CD approach has empowered businesses with rapid time to market and deployments. On the other hand, DevOps culture helps overcome collaboration challenges and siloed teams. But, when it comes to execution, many organizations have questions like, “Is CI/CD a part of DevOps?” or “which one to choose from, CI/CD vs. DevOps?”- This article will answer all your questions.

Both DevOps and CI/CD are popular. For example, according to an iOS developer community survey, more than 34.2% of respondents admitted to practicing CD for their beta distribution of apps. Similarly, a survey of 500 software testers by Mabl showed that 53% of respondents used continuous integration.

On the other hand, a Forrester survey indicates that 53% of organizations use DevOps for their new applications. However, despite being so popular, both CI/CD and DevOps confuse many businesses due to their overlapping attributes.

Here, we will discuss CI/CD vs. DevOps with crucial differences and examples to clear all your doubts about the two approaches. Let’s start with an overview!

Simform is an advanced CI/CD implementation and management company, transforming the business requirements into operational excellence through automation and integration of DevOps culture. Contact us now for a 30-minute free consultation session!

CI/CD vs. DevOps: An overview

Enterprises face the challenge of rapid software delivery in the present era, where market demands change continuously. Therefore, companies must bridge the gap between rapid development and operational stability for enhanced business agility. Organizations can leverage approaches like CI/CD and DevOps to enhance operations’ agility, velocity, and stability.

However, the riddle of CI/CD vs. DevOps baffles many companies. The answer lies in understanding each approach and knowing the differences.

CI allows developers to merge code changes into the central repository. Further teams can automate builds and run tests for each iteration.

On the other end, continuous delivery is a development approach where the developer’s changes are built, tested, and automatically deployed. Further, it expands the CI by pushing code changes in a testing environment, a production environment, or both. Continuous delivery can be partially and fully automated, depending on the specific operational requirements.

DevOps is more than just a software development practice. It is a set of best practices, tools, and a culture that breaks the siloed teams in any organization. In other words, it creates a bridge between operations and development teams.

With DevOps culture in place, you will have,

The positive impact of DevOps on the organization is not limited to operations and development only. It also helps employees improve their skills in new domains like cloud-based deployments, test automation, data security, etc. According to a survey by Atlassian, 78% of respondents claimed learning a new skill as one of the positive impacts of DevOps culture.

So, there is no denying that DevOps and CI/CD contribute to a better time to market, high-quality software delivery, and enhanced ROI. The most important question raised in the debate of CI/CD vs. DevOps is — whether CI/CD is a part of DevOps!

Here is the answer you are looking for!

DevOps culture has three key aspects overlapping several facets of SDLC. The first aspect is a collaboration between the development and operations teams. The second aspect is “processes,” and CI/CD comes into play here. The third aspect is DevOps tools which help in automation, process optimization, and enhanced collaboration.

The process part of DevOps comprises different stages like,

DevOps and CI/CD can help improve software development, delivery, and deployment. However, many organizations choose to implement CI/CD without DevOps, where the debate begins. So, let’s end this discussion with a few benefits, differentiation, and examples.

Key Benefits of CI/CD and DevOps

CI/CD allows organizations to reduce release errors and improve flexibility in making changes with each iteration. Further, the benefits of DevOps include the perks of using CI/CD with enhanced collaborations, synchronizations, and optimal operations.

The benefits of CI/CD are:

The benefits of DevOps are:

Many organizations know the benefits of DevOps and CI/CD, but the decision to integrate either of them depends on specific challenges. For example, a significant challenge is to get the process execution and implementation right.

When you ask the question, “What is the difference between CI/CD and DevOps” in the context of implementation, the answer is simple. DevOps implementation involves several teams like development, operations, QA, and testing on a macro level. CI/CD, on the other hand, integrates at a micro-level than DevOps improving the development, delivery, and deployment process.

CI/CD focuses on continuous improvements through small iterations and code changes. The agile methodology also focuses on the incremental and iterative processes for software development.

So, what are the differences between Agile vs. CI/CD vs. DevOps?

Here are some key considerations.

When it comes to implementation, Agile, CI/CD, and DevOps complement each other. For example, CI helps Agile with speed. Using the Agile approach, you can have the development process executed in small increments.

However, ensuring continuous improvement needs test and process automation. So, how do CI/CD and DevOps stand in terms of test automation? Let’s discover!

How to Implement DevOps for Enterprise-level Organizations?

Testing & Automation in CI/CD and DevOps

Testing and process automation is essential for your applications. However, ensuring high-quality delivery in a competitive market is challenging, and automation can help overcome such challenges. Similarly, automation plays a vital role in the DevOps approach.

Take an example of feature testing for an application. The app needs to work across multiple devices and platforms uniformly. Ensuring such consistency requires testing the app extensively.

There are multiple tests that you need to conduct for applications like unit testing, user acceptance testing, integration testing, functional testing, etc. Testing the app across multiple physical devices and environments will need massive resources.

Automating is the best way to reduce the costs and time required in the testing phase. In addition, test automation allows organizations to reduce repetitive manual tasks.

The cost of software testing is a significant aspect of an IT organization’s budget. One way to ensure that your software testing costs stay within limits is to use test-driven development(TDD). In addition, you can leverage TDD and test automation for optimized costs.

TDD is a process of creating test cases to define how the code needs to behave. It is a test-first development approach that provides quicker releases. You can use the TDD approach for CI/CD implementation with automation tools like,

CI/CD is a part of the entire DevOps approach. So, testing and automation help improve DevOps efficiency. However, the level of automation differs between CI/CD and DevOps.

Take an example of Capital One’s “Cloud Detour.” It is a tool developed by the in-house Capital One teams to test the resilience of applications using chaos engineering. Testing of apps is designed for failure to improve resilience and reliability.

Further, they used Jenkins for the automation of delivery pipelines. It helped them automate unit tests, functional tests, security scanning, etc. Likewise, you can leverage DevOps automation tools similar to Jenkins, such as,

Automation becomes key to the optimized implementation of CI/CD and DevOps. Another essential factor that you need to consider while comparing CI/CD vs. DevOps is the impact on the Software Development Lifecycle(SDLC).

Impact of CI/CD and DevOps on SDLC

The impact of CI/CD and DevOps depends on the SDLC phase. Introducing the DevOps culture can improve collaborations and cross-functional capabilities for the teams. So, you will have a pool of skilled professionals handling multiple tasks across SDLC.

Implementing the CI/CD pipeline and DevOps can solve three significant challenges of SDLC. Lack of monitoring during the different phases of SDLC leads to lower productivity and quality issues for the software. DevOps and CI/CD allow organizations to track important KPIs and fine-tune performances.

Standardization issues are common due to a lack of clarity on the current SDLC state and processes, which are not defined properly. DevOps allows businesses to define processes and standardize execution across teams.

CI/CD and DevOps both have advantages, but how you leverage them for your software development project makes all the difference. So, here are some examples of CI/CD and DevOps usage.

Topdanmark’s integration of the CI/CD pipeline

Topdanmark is a Danish insurance company that offers a customer service platform to users to manage insurance investments and pensions. As a result, Topdanmark teams faced the massive challenge of integrating a modern CI/CD pipeline into an existing legacy system.

Topdanmark solved the CI/CD integration problem through a self-service portal based on Jenkins. Developers can now create a Jenkins instance on-demand which takes less than five minutes. In addition, it helped them release and deploy builds faster.

Avoris Travel is a giant travel company with a massive user base of more than a million international travelers. It provides an online platform for travelers and travel agencies across Spain and Portugal.

The travel-based platform has developers fetching data from a single massive infrastructure. So, they needed a solution that could provide customizations, security, and concurrency. Avoris Travel used the CI/CD approach and reduced the build times by over 50%.

Capital One developers had no involvement in the products once the delivery was complete. Further, they were also dealing with infrastructure requirements for each new app. The time and resources needed to build an infrastructure for each new release were massive.

So, Capital One started adopting an agile approach. It helped them with automation, continuous integration, and monitoring. Further, they adopted the DevOps culture to improve collaborations and achieve faster development cycles. They also used AWS services like Amazon Virtual Private Cloud, Amazon EC2, and Amazon S3 to handle infrastructure problems for each new app.

Etsy was dealing with low morale and slow shipments of new applications. It was due to the content switching issues for new features. So, Etsy decided to change the workflow and introduce a DevOps culture.

They used Kanban to deal with the problem of context. Further, Etsy used DevOps to improve collaborations and have cross-pollinated teams. It helped them achieve transparency and less context switching boosting faster shipments.

These examples show how CI/CD and DevOps differ according to their usage. The impact of DevOps on organizations is significant in aspects like software delivery, development, and security. However, CI/CD is a part of DevOps, which is why they can provide a higher competitive advantage together.

Find out why Etsy ventured into a DevOps journey, how they successfully built the most admired DevOps culture

Both CI/CD and DevOps can enhance your productivity, collaborations, deployment capabilities, and software development efficacy. What matters is how you adopt them. Integration of CI/CD pipeline and DevOps culture adoption needs analysis of your existing systems.

So, if you are looking for efficient deployment of the CI/CD pipeline and adopt DevOps, our services are the ideal solution. We will analyze your requirements and provide a customized CI/CD solution. Contact us for more information on our CI/CD services. 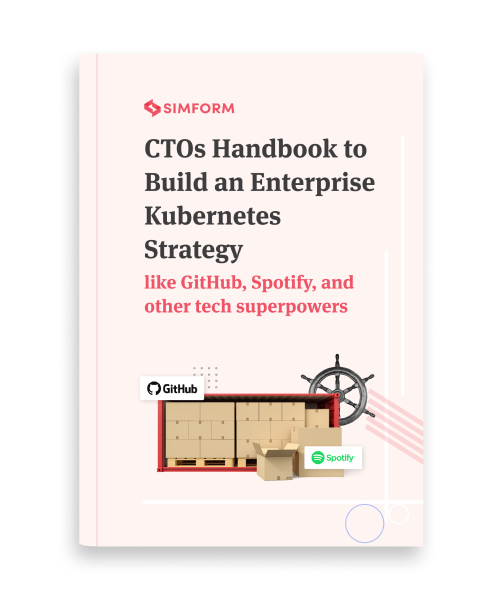 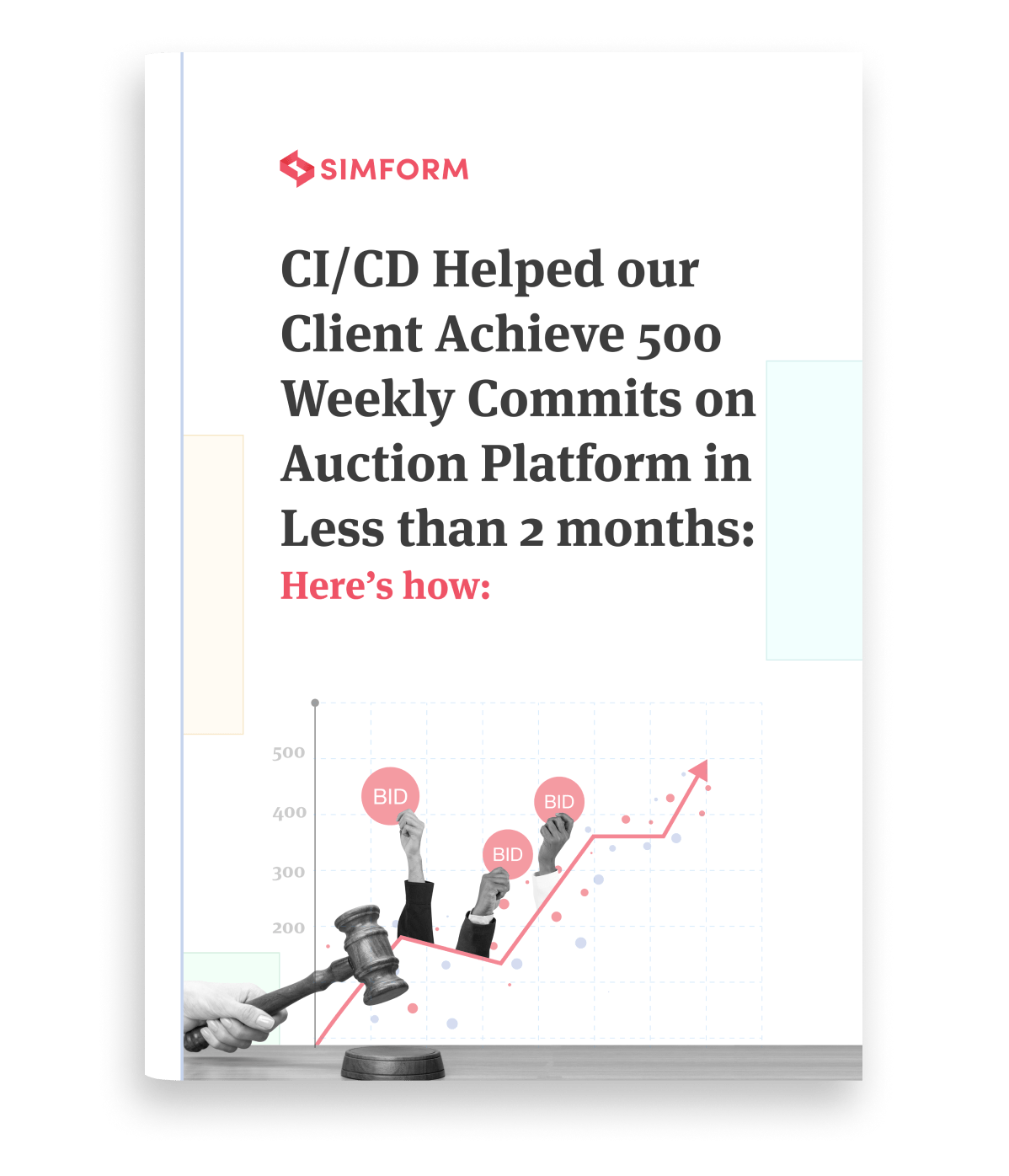