Quick Summary :- It’s natural to make mistakes during design and coding in software development—we’re only human. Generally, these mistakes are addressed via feedback. With the late feedback, the changes may be piled on broken code so that there is often no clear root cause. In comparison, TDD provides feedback immediately! Immediate notification of mistakes prevents bugs. If a bug lives for less than a few minutes, is it really a bug? No, it’s a prevented bug. In this article, we will explore 'What is TDD' and more about it.

Jump Directly to the Definition

Programming is demanding. One can get good at it after consistent efforts for months and years. At best, the software development team’s mistakes lead them to write the code that won’t compile. At worst, these mistakes lead to bugs that do the most damage.

Wouldn’t it be cool if you have a technique that can virtually eliminate the need for debugging, and alerts you to programming mistakes after you’ve made them?

There is such a tool or rather, a technique. It’s test driven development, and it actually delivers these results.

Let’s take a closer look at Test driven development. The blog is divided as follows:

What is Test Driven Development (TDD)?

Test driven development is an iterative development process. In TDD, developers write a test before they write just enough production code to fulfill that test and the subsequent refactoring. Developers use the specifications and first write test describing how the code should behave. It is a rapid cycle of testing, coding, and refactoring.

The key ingredient for being effective with test-driven development is understanding what it truly is. I find that there are a lot of misconceptions around how to do TDD properly. TDD is one of the practices that if you do it wrong, you often pay a hefty price.

TDD means letting your tests drive your development (and your design). You can do that with unit tests, functional tests, and acceptance tests. It leads you to create very different kinds of tests that tend to be more resilient to change in the future because you’re verifying behaviors rather than testing pieces of code. Let’s see how it’s done by following three stages of test driven development.

Step 1: Create a test and make it fail (Red)

Writing a failing test, before writing the code may seem counter-intuitive, time-consuming or even “tedious” at first. But we urge you to think of it this way:

Step 2: Make the test pass by any means necessary (Green)

Once your test passes, you can now refactor without worrying about breaking anything. Review the code and look for possible improvements to keep the code clean.

Repeat the above steps for further development.

What is TDD in Agile?

Test driven development (TDD) is one of the common practices of Agile core development. It is acquired from the Agile manifesto principles and Extreme programming. Let’s see how TDD fits well in the agile development process.

What’s agile development? In the simplest form, It is Feedback Driven Development.

And, Feedback is Critical.

And, TDD is a way to get rapid feedback.

“Test First,” in which unit tests are written before the code, can mitigate bottlenecks that impede quality and delivery. The test helps to define what the code is meant to do, providing guidance for the developer in terms of user functions. This concept is a natural fit with Agile in two ways:

As you evolve the system based on feedback, bug fixes, and additional features, it tells you that the code worked and continues to work as expected.

After understanding what is TDD in agile, let’s take a look at some popular TDD tools.

Following are some common and most used unit testing frameworks/tools that support TDD approach.

What are the advantages of TDD?

TDD encourages the development of simple, clean and meaningful code. The discipline of following TDD would naturally develop habits that lead to better code as part of developers’ everyday practice.

Developers become more focused on the system requirements by firstly asking themselves why a feature is needed before proceeding with the implementation. By this process, the developer can identify badly defined requirements as producing a unit test for them becomes taxing.

Another advantage of writing breakpoint tests before production code is that developers spent more time designing the boundary cases needing to be covered by these tests, compared to the traditional approach. It results in more thorough testing and fewer defects at the end of the development cycle.

TDD improves the speed as developers don’t need to spend time in debugging. It may

increase the time spent on developing tests and production code during early phases. But as the development progresses, adding and testing new functionality will be quicker and requires less rework. It’s a lot cheaper in terms of resources to fix the issue immediately rather than months down the track when they may be discovered.

Higher test density and test coverage are by default advantages of TDD. In the traditional approach, there is a higher likelihood that testing would be left out or restricted to critical functionality, particularly if time was short. On the other hand, TDD institutes the discipline of all functionality being associated with a set of automated unit tests. This results in more tests and higher test coverage of the code.

Tests can serve as documentation to a developer. If you’re unsure of how a class or library works, go and have a read through the tests. With TDD, tests usually get written for different scenarios, one of which is probably how you want to use the class. So you can see the expected inputs a method requires and what you can expect as an outcome, all based on the assertions made in the test.

This can help increase developer understanding of parts of the system and therefore helps to support collective code ownership. As a result, changes to code can be made by any developer rather than the only developer who understands the code.

Despite its advantages, many dev teams face difficulty to adopt TDD effectively. Developers often have trouble knowing where to start or what tests they should write next. Sometimes TDD can lead developers to become too detail-focused, losing the broader picture of the business goals they’re supposed to implement.

Some teams also find that the large numbers of unit tests can become hard to maintain as the project grows in size. In fact, many traditional unit tests, written with or without TDD, are tightly coupled to a particular implementation of the code. They focus on the method or function they’re testing, rather than on what the code should do in business terms. Let’s understand this problem with an example.

Suppose Paul is a Java developer working on a new financial trading application in a bank. He has been asked to implement a new feature to transfer money from one account to another. He creates an Account class with a transfer() method, a deposit() method, and so on. The corresponding unit tests are focused on testing these methods:

Tests like this are better than nothing, but they can limit your options. For example, they don’t describe what you expect the transfer() and deposit() functions to do, which makes them harder to understand and to fix if they break. They’re tightly coupled to the method they test, which means that if you refactor the implementation, you need to rename your test as well. And because they don’t say much about what they’re actually testing, it’s hard to know what other tests (if any) you need to write before you’re done.

Now, here comes the Behavior Driven Development(BDD) as a solution. Let’s understand BDD and how it addresses the above problem.

What is Behavior Driven Development(BDD)?

BDD was originally invented by Dan North in the early to mid-2000s as an easier way to teach and practice Test-Driven Development. TDD, invented by Kent Beck in the early days of Agile. BDD differs by being written in a shared language, which improves communication between tech and non-tech teams and stakeholders. In both development approaches, tests are written ahead of the code, but in BDD, tests are more user-focused and based on the system’s behavior.

BDD focuses on the acceptance criteria from the inception by defining how each feature of the application should behave from the end user’s perspective. BDD provides a common language based on simple, structured sentences expressed in English (or in the native language of the stakeholders). BDD involves tight collaboration and communication between product owners, business analysts and the development team (including testers) to discover, understand and formulate real business needs.

Now, let’s continue with our example to see how BDD helps developers to overcome limitations of TDD. Here Paul could write more descriptive tests along the following lines in BDD style:

Tests that are written this way read more like specifications than unit tests. They focus on the behavior of the application, using tests simply as a means to express and verify that behavior. Tests written this way are much easier to maintain because their intent is so clear.

TDD works satisfactorily, as long as the business owner is familiar with the unit test framework being used and their technical skills are strong enough, which is not always the case. In these circumstances, BDD has the advantage because the test cases can be written in a common language used by the stakeholders such as English. This access to clearer, low-jargon communication is probably the biggest advantage of using BDD, making it possible for collaboration between the technical and non-technical teams to run with improved efficiency.

TDD is a practice highly dependent on personality. Some people love to write every item down on a list before shopping and cross them out one by one in the process. While others just try to remember things and grab on site. It’s hard to justify the trade-offs, and that’s highly dependent on the scope of a task (usually flexible too).

At Simform, we follow agile methodology(which includes TDD & BDD) to build robust custom applications for our clients. Contact us to know more about the development process and how we can help you to build with app development. 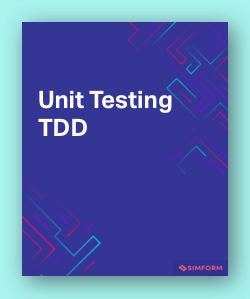 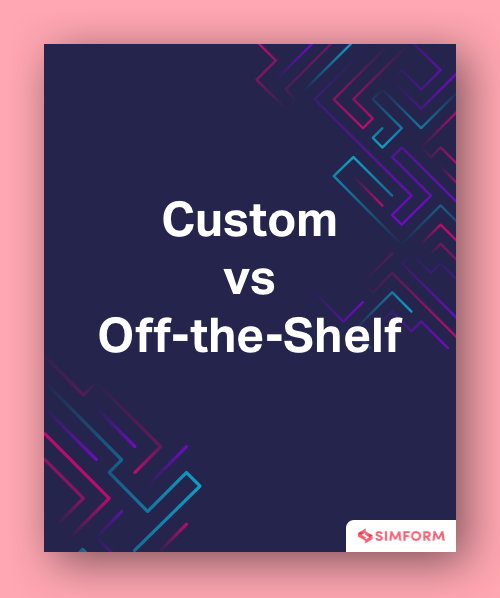 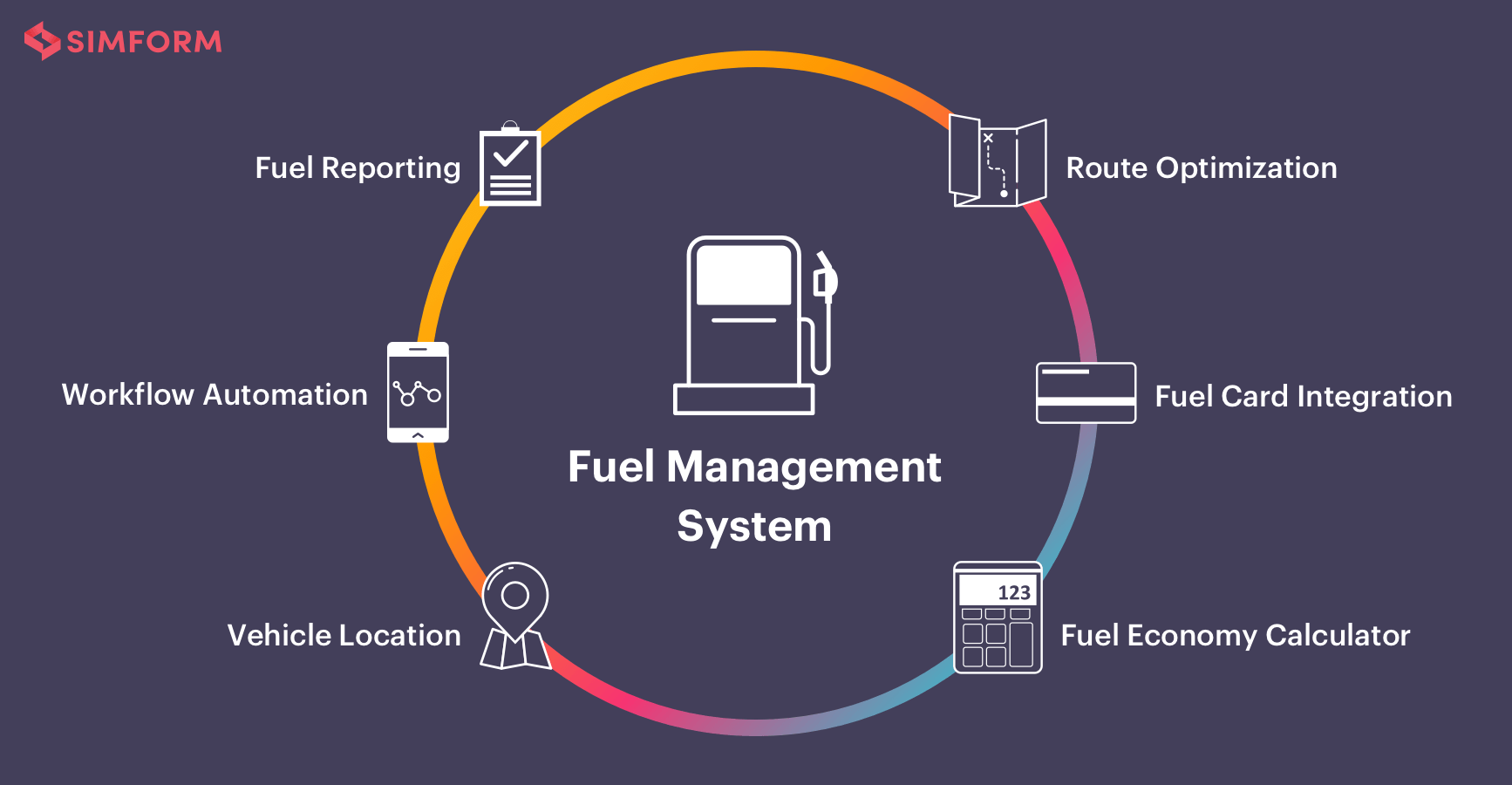 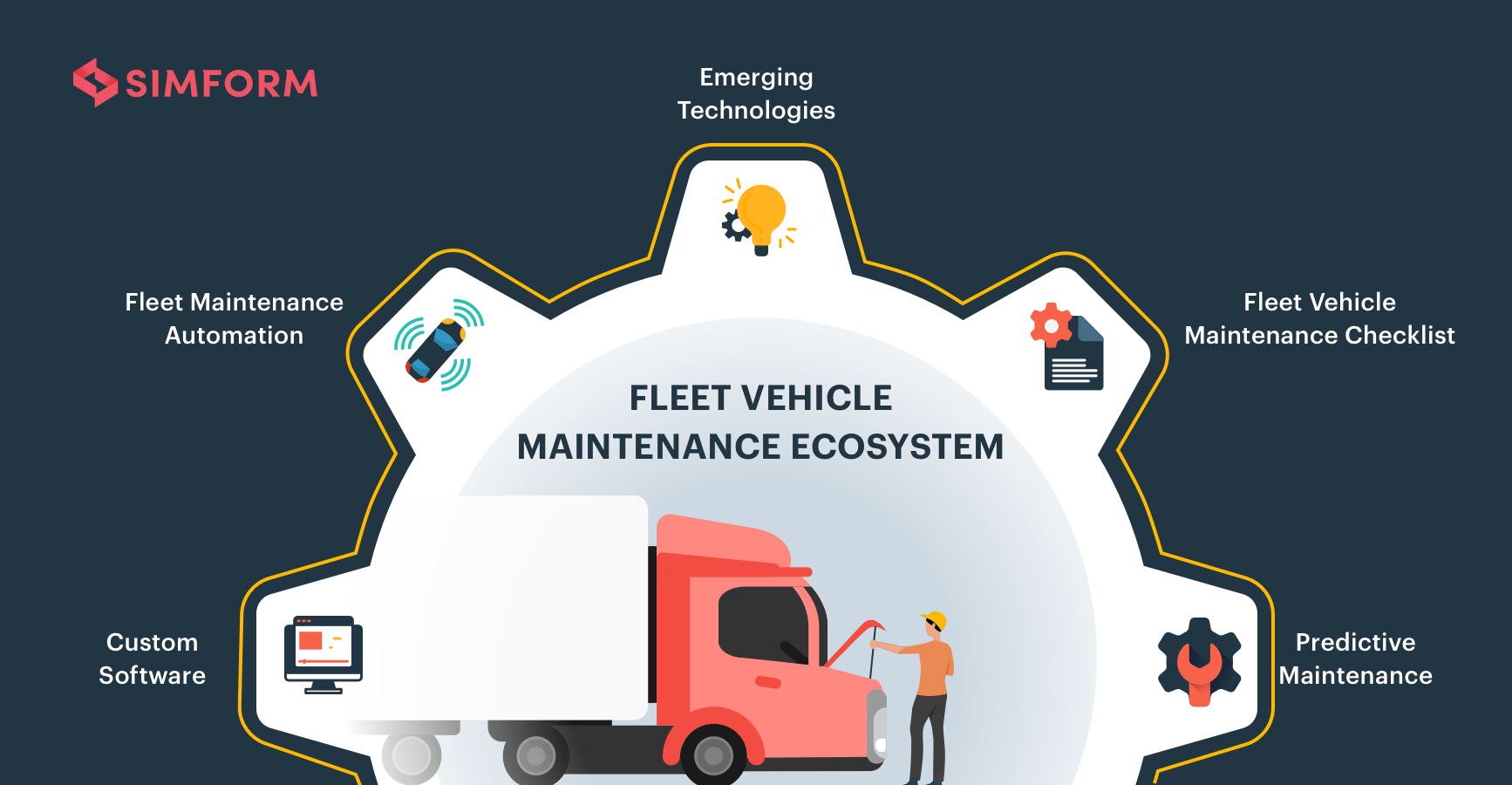 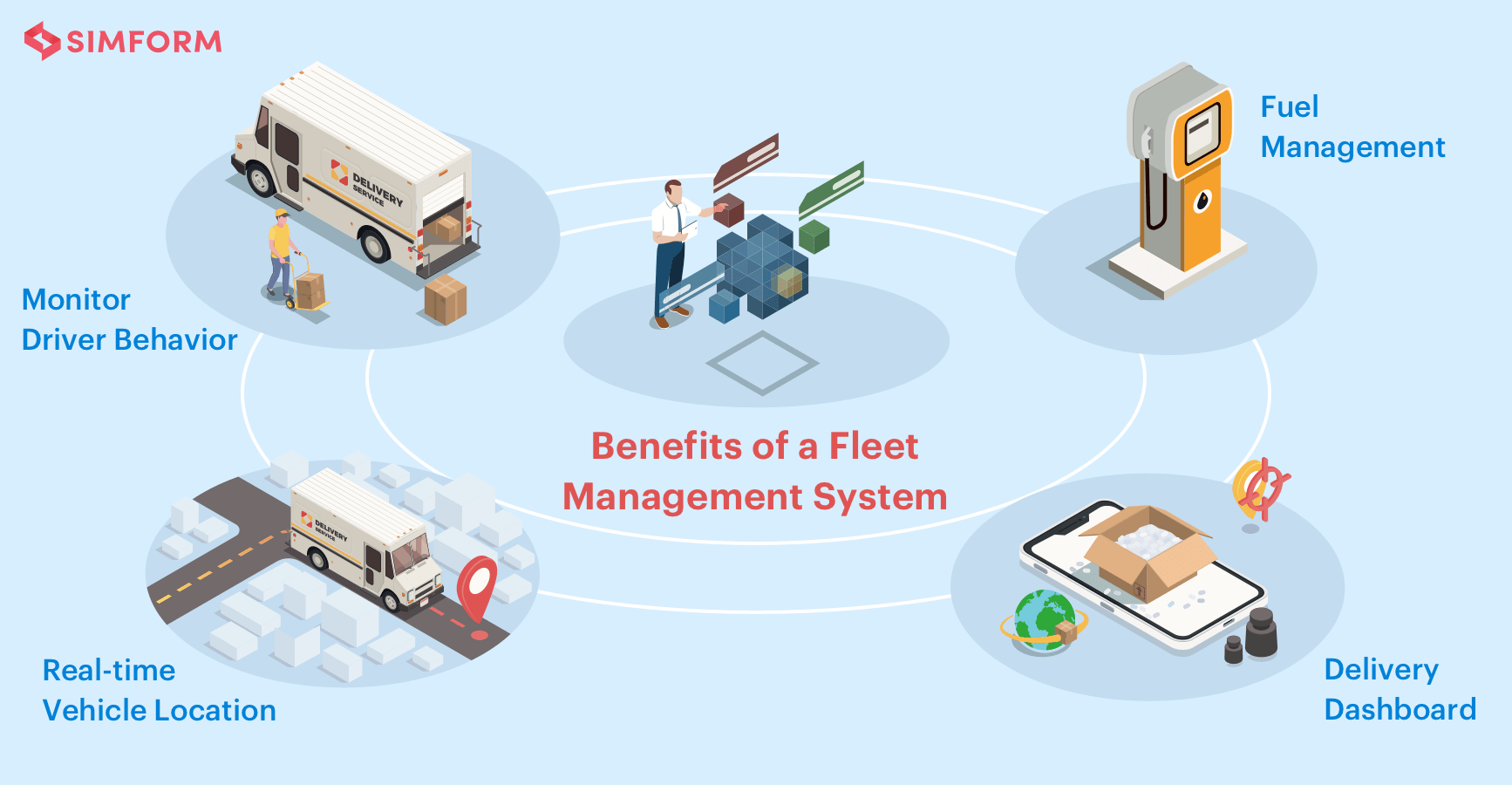 Top 5 Benefits Fleet Management System you Should Know About

Keep yourself updated with the latest software development practices such as Agile, DevOps, TDD and BDD.