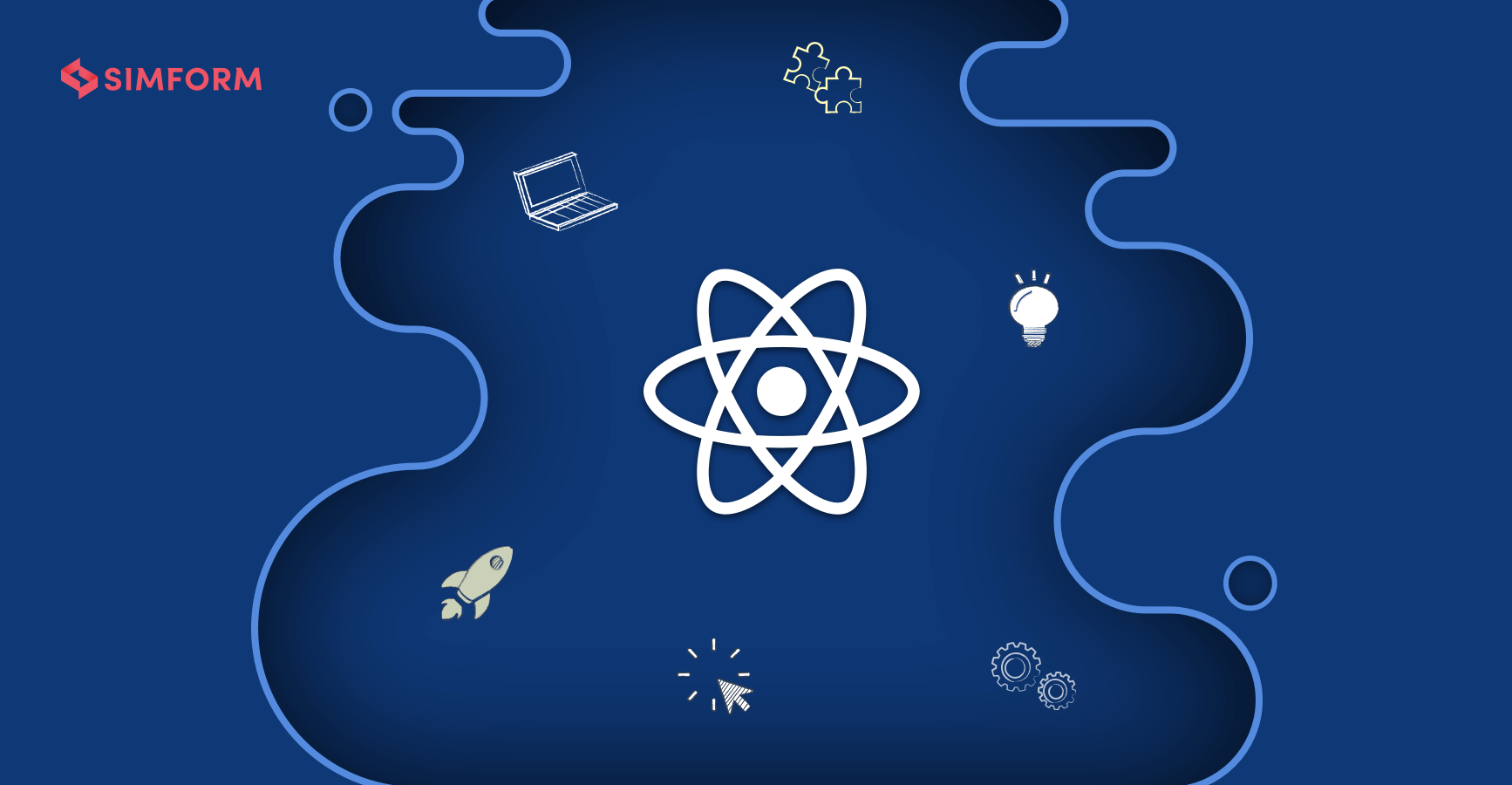 Quick Summary :- Do you know the useful React libraries that can optimize the workflow of your project? Continue reading to know more about Reactjs ecosystem, UI component libraries, tools, and SDKs.

What’s left the entire development community in awe of Javascript is– React! To be more precise, it’s the way the ecosystem has evolved into a mature community rather than an extension of React libraries.

Initially, our team had mixed feelings about the ecosystem of Reactjs being immature and broken. However, every time we picked React for our client projects, we discovered thousands of packages and libraries that helped us build web applications.

Anyway, recently, we wrote a blog on how React can be paired with Nodejs along with use cases to substantiate it. Up next – to continue this trail of, what we call, React Saga. Let’s explore the powerful libraries that exist in the React’s ecosystem as of 2020.

To begin with, let’s start with the top-level hierarchy of React libraries i.e. Navigation.

Routing and Navigation in Reactjs

We can’t stress enough how important it is for a web application to seamlessly navigate users from one page to another. However, when it comes to Single Page Applications (SPA), it becomes tedious to reload the entire page while navigating between sections. Instead, a SPA must render part of the UI where the interaction with the user takes place.

Here’s when routers come into the picture. In general terms, a router translates the browser address into related pages and allows users to navigate within the web application. SPAs follow a dynamic routing approach where every time a new data is fetched when a user interacts with the application.

To understand this setting, let’s see how React caters to the routing approach in SPAs:

React Router, a group of navigational components synchronizes the components of the UI with browsers address. This makes it effortless to handle navigation in SPA.

To simply put it, Boilerplates are reusable blocks of code that enable you to configure various libraries at once. It, further, lets you make identical copies for different projects that can be reused later.

Create-React-App is a CLI tool that requires no building configuration. In fact, it facilitates the generation of your own boilerplate and lets you initiate the app building process smoothly. You need only one build dependency, and thus, no more complexities are involved. More suitable for simple web apps, this CLI tool has underlayers of Webpack Babel, EsLint, etc.

For users to keep coming back to your app, it is absolutely essential to design a user interface that’s interactive and engaging.  React offers a bunch of several UI component libraries that can save time for both development and deployment. Let’s cover them one-by-one.

Ant-design is Simform’s personal favorite. It is a consolidated development framework of NPM, Webpack, Babel, Dora, and DVA.

What’s special about this component library is its broad and unique customer base. Also, it allows you to nest your UI components, which in turn provides a smooth user experience.

A low-level CSS framework built for ReactJs, Tailwind UI is a highly customizable UI library. It proffers utility classes (in-built classes) instead of inbuilt components that relieves you from overriding styles. What’s more, you no more have to code from scratch while using Tailwind UI.

This flexible UI library gives you the ability to reuse styles in your code. Its configuration in JavaScript gives a potential programming language’s feel and use.

Being a declarative API, it adheres to an adaptive React Ecosystem. Nonetheless, having shorthand props, it lessens the burden of hasty coding exercise.

Built with compatibility in mind, React Bootstrap gives you more control to reuse and integrate UI components than any other UI library. It is prebuilt with Bootstrap components and offers a fluid interface- handling experience.

Along with the Bootstrap stylesheet, it brings back the old joy of using compatible Bootstrap themes. This way, developers can code quickly and more efficiently by using reusable and faster coding methods.

You may also like: React Performance – A Definitive Guide to React js Performance Optimization

CSS is the old-school way of implementing animations in a web app. At some point, however, I have noticed that CSS animations are not enough for many of our client’s requirements. React offers an easy-to-use declarative UI called React Transition Group, which provides the possibility to perform animations when building a web app. Here are some other well-known Animation libraries for React:

A popular animation library, React-motion, uses spring configuration to define the animation. And hence, it erases your worries about controlled duration and complexities. This animation library also simplifies the development flow within React components using damping, stiffness, and precision methods.

React- Spring API fills the void between imperative and declarative approaches. Moreover, you can expect a secure, shared-transition as well.

Animated is one of the most commonly used Animation libraries when building mobile apps with React Native. Apart from being an adaptable and flexible library, it possesses an incredible capacity for better time-control and sequence managing than other libraries.

Who loves building a form element from scratch when it can be used with a library? React form libraries provide better and faster ways to create customized components including inputs, selects, buttons, and potentially new components. The most popular library for forms in React is React Hook Form, which is a valid solution for the React app if you start having more complex forms.

React Hook Form is a minimalistic library without any dependencies.

As the name suggests, it is usually used with React hooks API. It makes form validation easier by aligning the UI interface to the existing HTML standards. It also brings together uncontrolled components and native HTML inputs. It is flexible in terms of integrating with external React UI component libraries. What’s more, you can also integrate it with React state management libraries.

Built with Typescript, it helps define a form data type to support form values. It makes the form error-free by minimizing the re-rendering time by up to twenty times than Formik or Redux Form.

ES-Lint is a pluggable and configurable open-source and javascript linter tool. This linting library in the React Ecosystem points out creases in JS code that do not adhere to the standard guidelines. It makes the code more consistent and bug-free. ES-Lint improves the overall code-quality by  evaluating patterns in code and overcoming errors by auto-fixing the code.

Prettier is a code formatter that is faithful to the preset formatting rules. It works with many languages, has few options, and integrates with most editors. It scans files for style issues and auto- reformats code to ensure consistency in rules for indentation, spacing, quotes, etc. Prettier is known as an opinionated code formatter with support for:

Though Prettier does a better job at formatting errors, it formats code even at the cost of the loss of the original code.

The importance of state management lies in the fact that it keeps the state of all users intact across different web forms. The user can pick up exactly on a mobile device from where he had left on a desktop.

A predictable state container and a free-standing library, Redux, is primarily used with React UI library components, but can also be used with Angular, Vue, Ember, and Vanilla JS, etc. But taking a note, Redux and React are independent of each other.

It can be used both with frontend and backend libraries. It helps connect the pieces of state to React components by reducing the need for callback or props.

Acting as the best friend for the developers, it helps write consistent codes, runs well in different environments (client, server, and native), and can be tested easily. It enables live code editing and behaves like a time-traveling debugger.

Camouflaging in a small size of 2KB, it has a vast range of addons available.

It requires a “UI binding” library to interact with the UI framework instead of any direct linkage of the store.

MobX is a rugged library that simplifies state management, and applying functional reactive programming (TFRP) transparently makes it scalable. The basic premise of MobX is that anything which is derivable from the application state should be derived automatically and efficaciously.

Though Mobx is an easier and simpler option to Redux, Redux scores over Mobx.

Mobx is for quick-to-build and simpler apps with lesser boilerplate code.

You may also like: A Definitive Guide to React js Performance Optimization

With surveys showing the global digital payment market reaching up to almost USD 10 Trillion by 2026, traditional business cash flow has been replaced with current online transactions.

PayPal checkout integration is exclusively based on the native JavaScript code. It typically uses payment gateways REST (Representational State Transfer) APIs. It makes payments not only simpler and faster but also safer.

The code provides the choice of creating sandbox accounts like PayPal Merchant Account (accepts payments from end-user) and PayPal Personal Account (makes payments to merchant accounts). PayPal payment works differently by first creating a payment and then executing it.

Proving its trademark in the market, Stripe API offers a robust functioning of payment form and ease of building a custom form. Payment acceptance and confirmation become quick-to-respond tasks with dynamic card elements such as CVC, expiry, etc. It supports responsive design. In addition, language translation, according to the customer’s preference, is possible with Stripe Elements.

Augmented Reality (AR) is the enhanced version of reality which blends real-world environment with virtual or digital ones. It enables the overlaying of virtual and digital information on to the real-world scenario. Some famous examples are Pokemon Go, Snapchat (Android, iOS).

React 360 helps create mesmerizing 360 and VR experience using React, which extends to desktops, mobile phones, and VR devices. It simplifies the creation of complex 3D and VR user interfaces. Similar to its predecessor, React VR, React 360 uses familiar tools and concepts to create an engaging and riveting experience for the users.

React 360 interacts with 360 spaces by using the applications that combine 2D or 3D interfaces. It boasts of developing photo and video viewers, 360 tours, classic adventure games, and 3D board games, providing the users with rich multimedia content.

It supports all mobile VR (including Google Daydream, Samsung Gear VR, and Google Cardboard for iOS and Android) and AR (iOS ARKit and Android ARCore) platforms.

However, the limitation of ARKit and ARCode is that Viro React is unusable on older OS versions of iOS and Android.

In this article, we have listed the best React libraries that serve specific purposes in the ecosystem. Although we can’t cover each & every library, the ones we mentioned are most prominent. By leveraging these libraries, organizations will be able to accomplish common Javascript tasks.  However, odds can be still there when you won’t find a library dedicated exclusively to your task. In such cases, it’s better to take the help of a community or hire professional Reactjs developers. 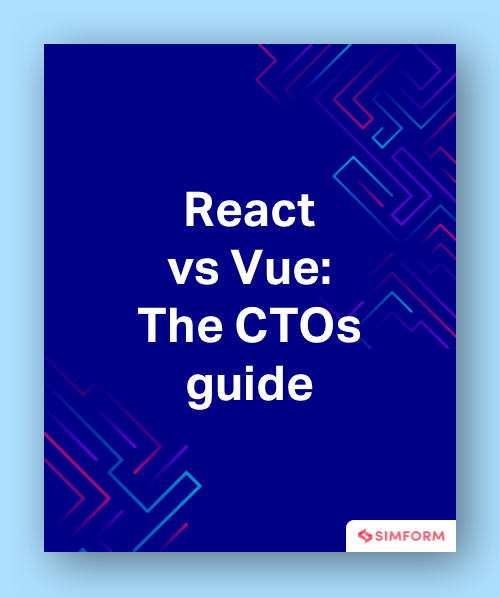 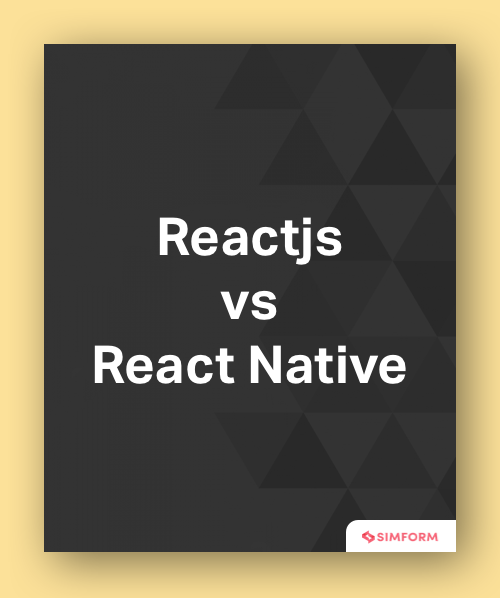 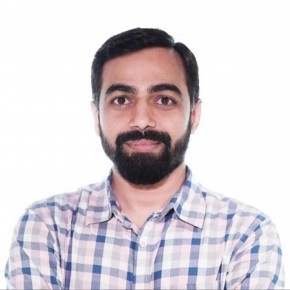 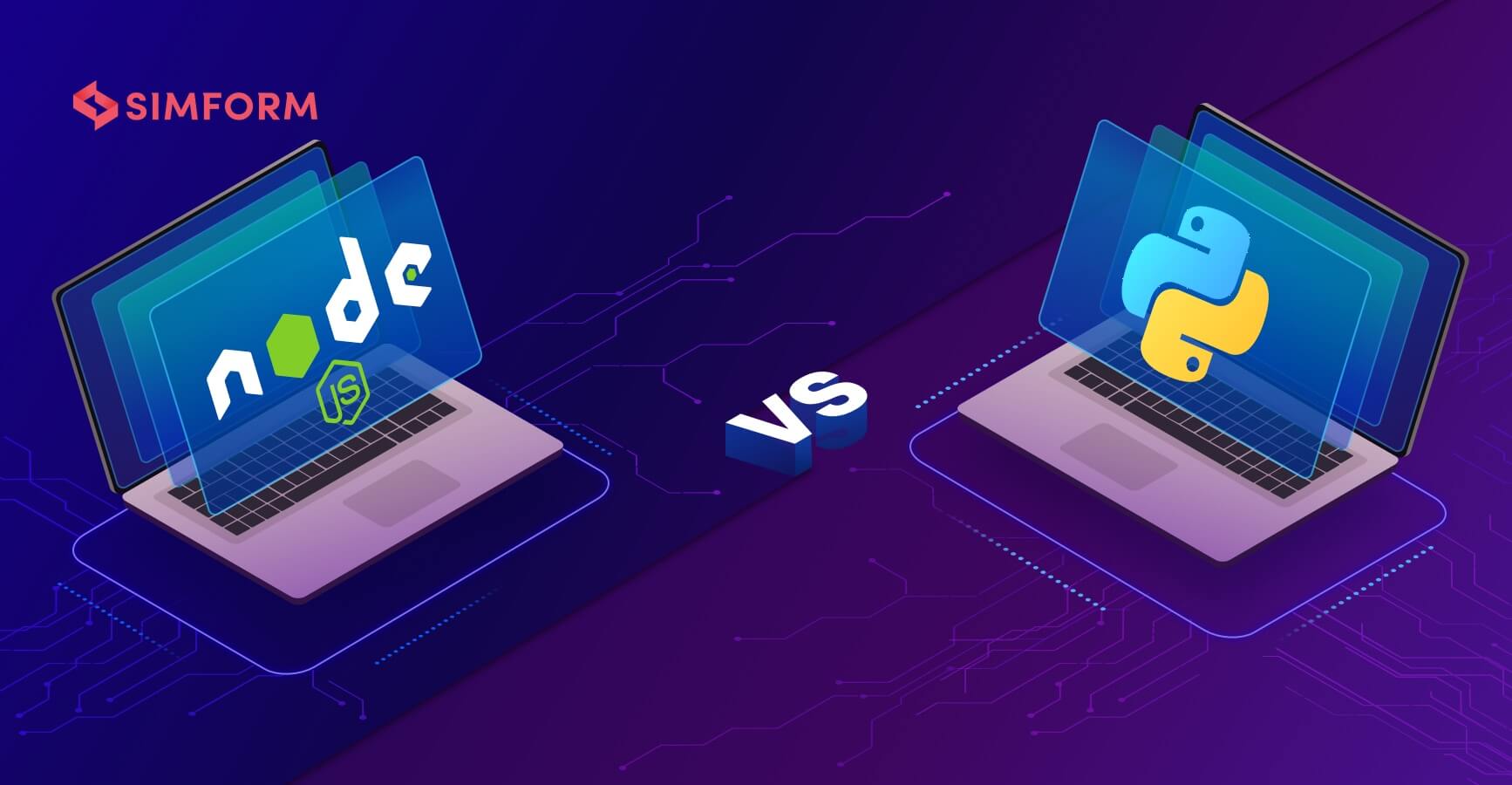 Node.js vs Python: Which one is a better backend technology? 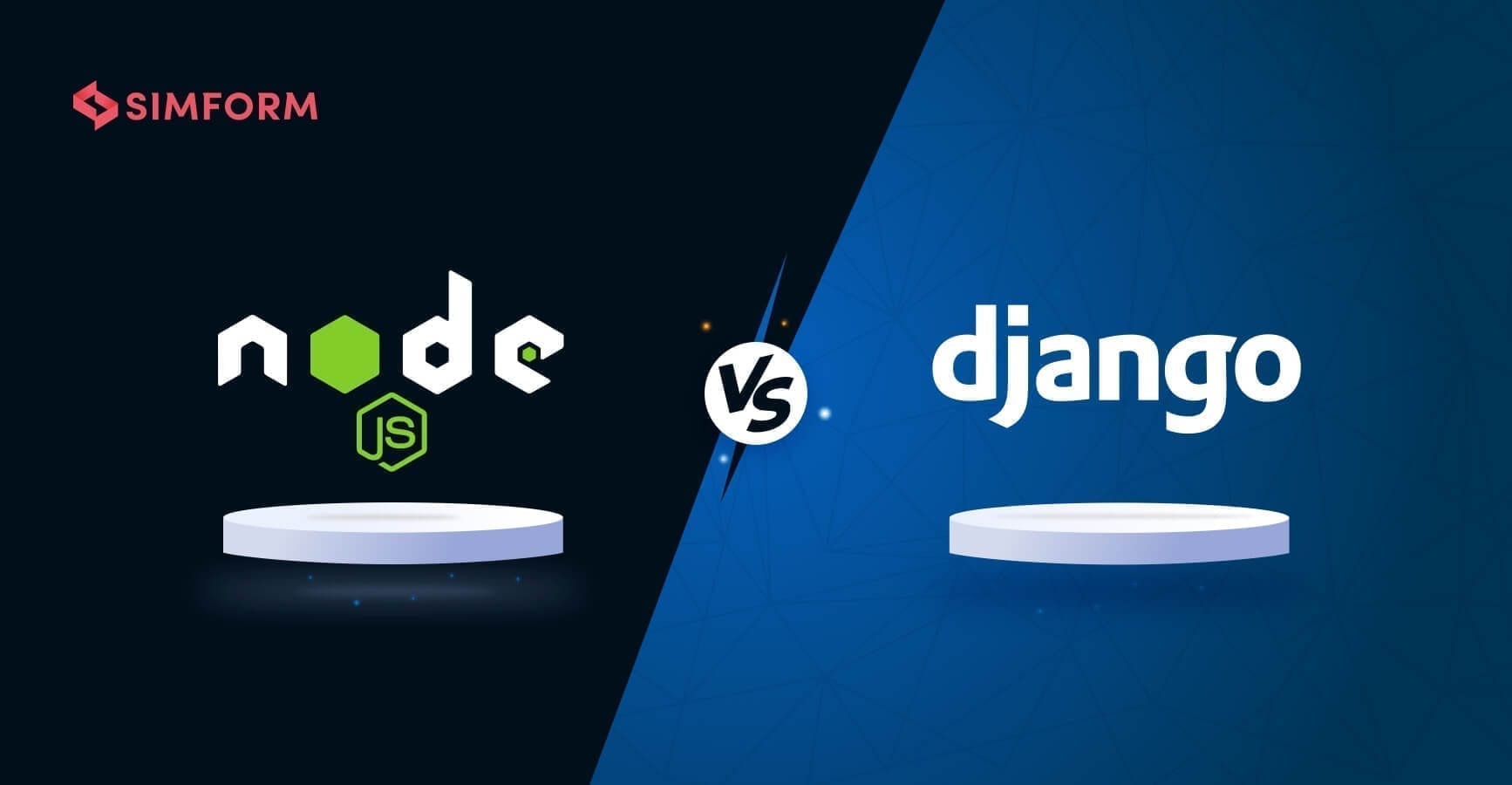 Node.js vs Django: Key differences, popularity, use cases and more 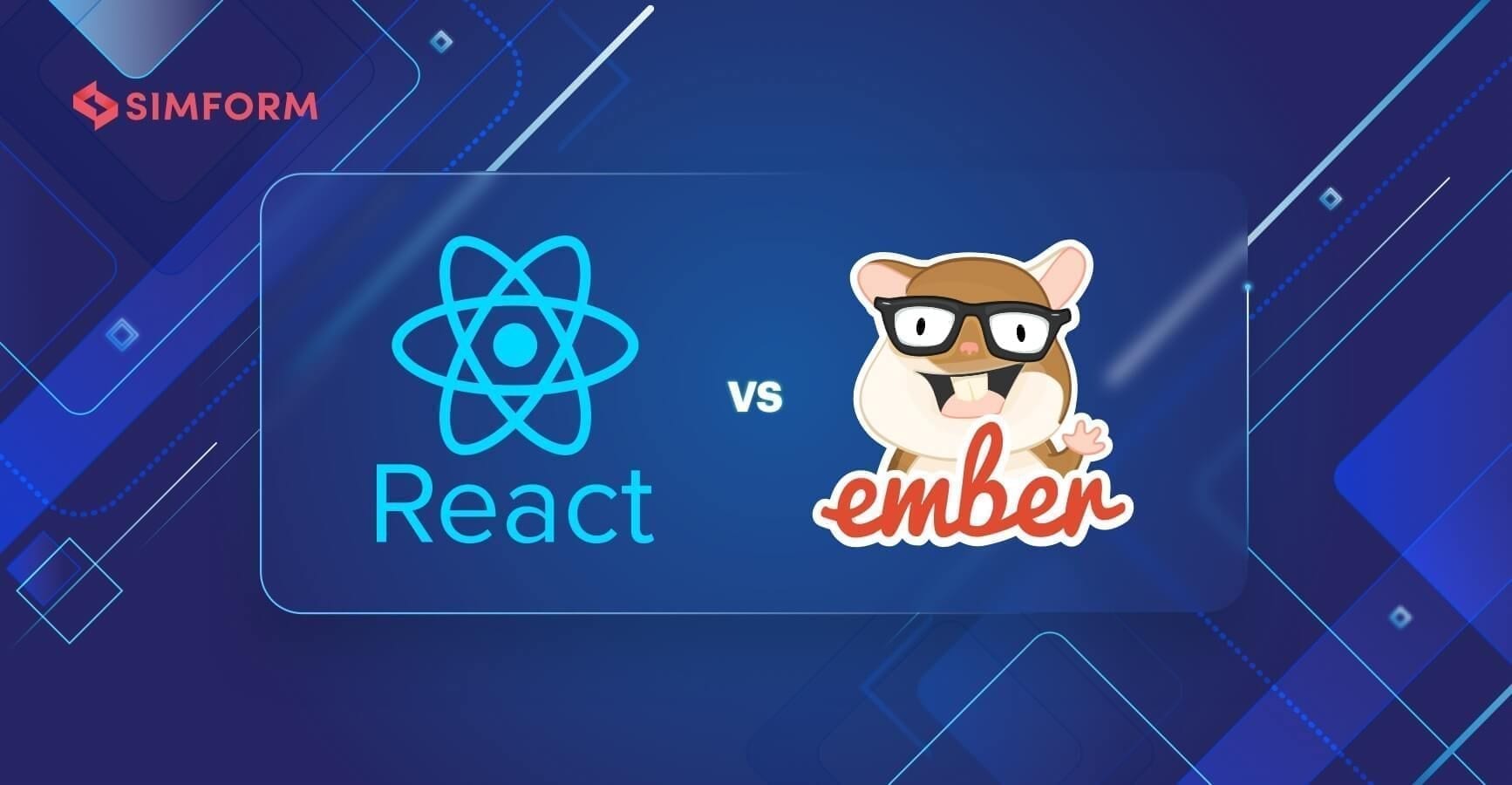 React vs Ember – A Profound Comparison Between Javascript Frameworks!