How to Choose the Best Software Architecture Pattern? 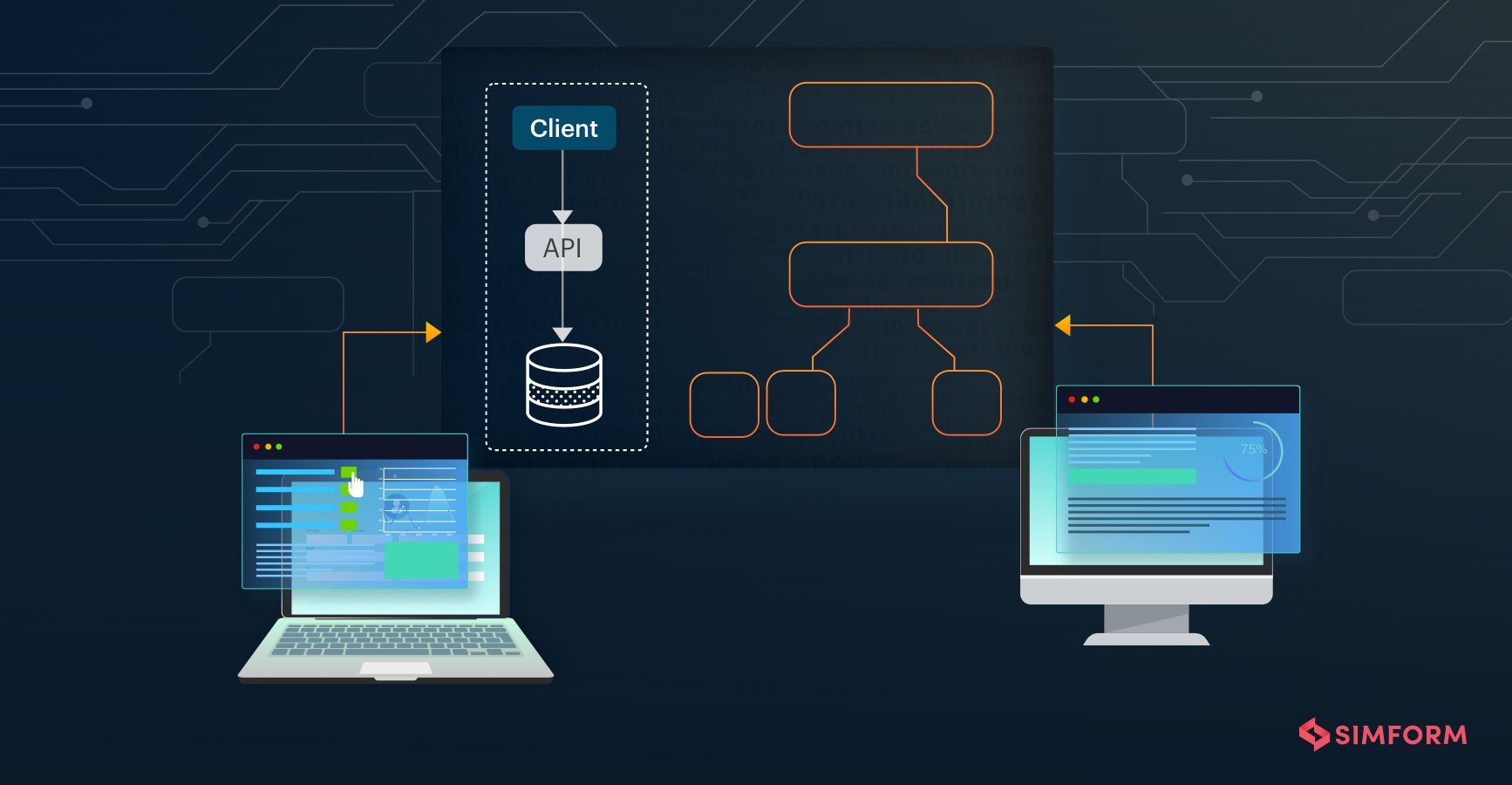 How to Choose the Best Software Architecture Pattern?

Flaws in any software have a significant impact on the business of an organization. The main reason for any software failure can be the selection of the wrong software architecture patterns. But with prior knowledge, you would be able to guide designers and developers in designing the components and the ways they react.

It is often seen that companies start the process of application development without a formal software architecture pattern in place. However, they tend to miss that the absence of an architectural pattern can force the developing team to adopt a traditional pattern with no guidelines. Eventually, they end up with codes that lack clear roles, responsibilities, and relationships with one another.

For instance, an online banking application would not require a complex architecture like a microservices pattern. It can simply be developed using a client-server architecture for fetching requests. But, without this planning, the application might become complex with no scope of going back or losing a huge investment in the restructuring process. Planning an architecture pattern helps in analyzing risks beforehand and avoids any adverse impact on the business.

To have a clear understanding, let us explore what software architecture patterns are and some of their types.

What is the importance of software architecture pattern?

Software architecture pattern holds significant importance for it can solve various problems within different domains. For instance, instead of depending on a single server, complex user requests can be easily segmented into smaller chunks and distributed across multiple servers. In another example, testing protocols can be simplified by dividing various segments of the software rather than testing the whole thing at once.

Here are some reasons why architectural patterns in software engineering are vital for any application:

There is a high possibility that any application you build might face quality issues. According to your software type, selecting an architecture pattern can help minimize the quality issues while simultaneously maintaining efficiency.

It is natural for software applications to undergo numerous modifications and iterations during development and even after production. Therefore, planning a core software architecture pattern beforehand provides agility to the application and makes future moderations effortless.

Prior planning and knowledge of a software architecture give a clear idea of how the application and its components will function. With an architecture in place, the developing team can adopt the best practices to resolve complex processes and solve any errors in the future.

Irrespective of the skills and knowledge one has about a programming language, framework, or application, there have to be certain standardized principles. With an appropriate application pattern in place, the company can quickly grasp the project’s status. In addition, productivity rates improve the moment an architecture pattern is in place to make the project scope clear.

There is a thin line between an architecture pattern and a design pattern, and most people get confused between the two. For basics, let’s imagine your team given a task to build a house and live in it.

To begin with the task, they would first have to plan it out before placing bricks and cement on an empty ground. Even after a house is planned, there is more to make it worth living – they would need basic amenities like kitchen appliances, beddings, toiletries, and many more. In this analogy, how the house should look represents architectural patterns, whereas the interior design of the house represents the design patterns.

Let’s discuss a few popular architectural patterns that have helped a lot of software businesses to scale up their businesses:

You’ve probably heard of multi-layered, aka tiered architecture, or n-tier architecture. This architecture has gained popularity amongst designers and software architects alike for its commonalities with the conventional arrangements of IT communications in many startups and established enterprises. Often, a layered architecture is classified into four distinct layers: presentation, business, persistence, and database; however, the pattern is not confined to the specified layers.

Let’s say you’re building a large application, and you found yourself employing all four layers to your architecture pattern. On the flip side, small businesses may combine the business and the persistence layers into a single unit, primarily when the latter is engaged as an integral part of the business layer components.

This pattern stands out because each layer plays a distinct role within the application and is marked as closed. It means that a request must pass through the layer right below it to go to the next layer. Another one of its concepts – layers of isolation – enables you to modify components within one layer without affecting the other layers.

If you are looking for a software architecture pattern that is agile and highly performant, then you should opt for an event-driven architecture pattern. It is made up of decoupled, single-purpose event processing components that asynchronously receive and process events. This pattern orchestrates the behavior around the production, detection, and consumption of all the events, along with the responses they evoke.

The event-driven pattern consists of two topologies – mediator and broker. A mediator is used when multiple steps are needed to be orchestrated within an event through a central mediator. On the other hand, a broker is used to chain events together without using a central mediator.

If we take a business application’s perspective, the core system can be defined as general business logic without the custom code for special cases, special rules, or complex conditional processes. On the other hand, the plug-in modules are meant to enhance the core system in order to produce additional business capabilities.

Microservices architecture pattern is seen as a viable alternative to monolithic applications and service-oriented architectures. The components are deployed as separate units through an effective, streamlined delivery pipeline. As a result, it provides enhanced scalability and a high degree of decoupling within the application.

Owing to its decoupled and independent characteristics, the components are accessed through a remote access protocol. Moreover, the same components can be separately developed, deployed, and tested without interdependency on any other service component.

Netflix is one of the early adopters of the microservice architecture pattern. The architecture allowed the engineering team to work in small teams responsible for the end-to-end development of hundreds of microservices. These microservices work together to stream digital entertainment to millions of Netflix customers every day.

The concept of tuple space – the idea of distributed shared memory is the basis of the name of this architecture. It comprises two primary components – a processing unit and a virtualized middleware.

A bidding auction site can be considered as a fitting example for this architecture pattern. It functions as the site receives bids from internet users through a browser request. On receiving the request, the site records that bid with a timestamp, updates the information of the latest bid, and sends the data back to the browser.

A client-server architecture pattern is described as a distributed application structure having two main components –  a client and a server. This architecture facilitates the communication between the client and the server, which may or may not be under the same network. A client requests specific resources to be fetched from the server, which might be in the form of data, content, services, files, etc. The server identifies the requests made and responds to the client appropriately by sending over the requested resources.

The functional characteristics of a client and a server is an example of programs that interact with one another within an application. The functionality of this architecture is highly flexible as a single server can serve multiple clients, or a single client can use multiple servers. The servers can be classified by the services or resources they provide, irrespective of how they perform.

Email is a prominent example of a model that is built using the client-server pattern. When a user/client searches for a particular email, the server looks into the pool of resources and sends the requested email resource back to the user/client.

Imagine a single database receiving multiple similar requests at the same time. Naturally, processing every single request at the same time can complicate and slow down the application process. A solution to this problem is a master-slave architecture pattern that functions with the master database launching multiple slave components to process those requests quickly.

As the title suggests, the master-slave architecture pattern can be pictured as a master distributing tasks to its slaves. Once the slave components finish their tasks, the distributed tasks are compiled by the master and displayed as the result.

One must note that the master has absolute control and power over the slave components, determining their communication and functional priorities. What makes this pattern unique is that each slave would process the requests simultaneously, providing the results at the same time. This also means that the slave operations would not be considered complete until every slave has returned the result to the master.

This pattern is well-suited for applications that can be divided into smaller segments for executing similar requests. An appropriate example would be a database application that requires heavy multitasking as its vital component.

A pipe-filter architecture pattern processes a stream of data in a unidirectional flow where components are referred to as filters, and pipes are those which connect these filters. The chain of processing data takes place where the pipes transmit data to the filters, and the result of one filter becomes the input for the next filter. The function of this architecture is to break down significant components/processes into independent and multiple components that can be processed simultaneously.

The pipe-filter pattern is best suited for applications that process data in a stream and can create simple sequences to complex structures. Compilers can be considered a fitting example having this architecture pattern since each filter performs lexical analysis, parsing, semantic analysis, and code generation.

So far, we have read about the different types of architecture patterns. Now, which architecture would you choose for your software type?

Let’s have a glance at the table below. 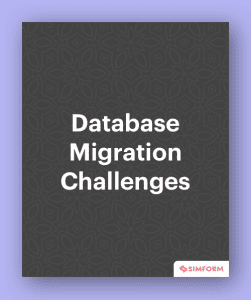 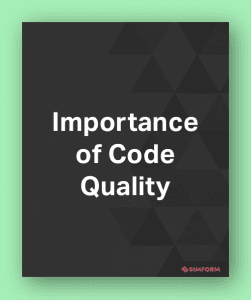 Is it necessary to hire a Software Architect?

In my view, an “Architect” must be a senior programmer. To have an architect who doesn’t program and a handful of programmers who doesn’t know the basics of architecture is a recipe for disaster in software companies. Modern applications demand quick thinking and a standardized core that would establish a rock-hard base for the application. A software architecture pattern sets a solution-based vision for long-term goals, both for the application in question and the company.

Working with lead engineers with the knowledge of architecture helps discover the gaps in team composition, ensure effective training, and facilitate growth for the company. At Simform, we have expert engineers with excellent knowledge and experience in adopting the best architectural approaches for software projects. Our consultations have facilitated businesses in adopting the right architecture for their software application.

Reach out to us in case of any queries, and we would be happy to collaborate on your dream project. Share your thoughts with us in the comment section below.

Top 5 Benefits of Fleet Management Systems You Should Know About