Express vs. React: What to Choose- an Excellent Backend or a JS Library?

Wondering whether to go with a backend framework like Express or the elegance of React library? Well here is everything about Express vs. React.

Quick Summary :- Planning to develop a web app and wondering which technology to choose? Here we are with a detailed comparison between the popular backend technology Express and frontend library React. As much as it may seem unfair to compare them, many CTOs find it confusing to decide which one is better? So, the answer to all your doubts is here!

Express vs. React: What to Choose- an Excellent Backend or a JS Library?

Express and React are different technologies from the same ecosystem! Both have Javascript at their core, with Express built on Node.Js, and React a JS library. Yet, comparing them is like outlining the differences between a Jumbo Jet and Jet Ski because both of them are different. One is a backend framework, and the other is a front-end library.

The popularity of these frameworks and the fact that they come from Javascript makes them privy to comparisons. Here we will have a detailed differentiation of both the Javascript-based technologies based on different aspects like performance, scalability, ease of testing, and others. It will help you decide whether to go with either of them based on suitability to your projects and if you’re having doubts and need professional assistance to do it for your project, consider browsing through Simform’s web app development offers.

Overview of Frameworks – Express vs. React

What is React?- An overview

Reactjs is an open-source Javascript library to build web apps with rich user interfaces. React offers developers the flexibility to create reusable custom components that encourage rapid development processes. Furthermore, its ability to allow quick rendering of a web page makes it more search engine friendly. All in all, it’s a great library that promotes the development of lightweight and complex business applications.

Here are some cool market usage statistics for React js:

Use cases of React

What popular apps are built with React?

Express vs. React— Pros and Cons

How does React stand out in terms of performance?

More so, the library works on updating the necessary changes to the webpage without reloading the entire page. So, it eliminates the unnecessary loading of pages and instead refreshes the data. You could use the minimal approach to build React apps by setting some programming practices at hand. For example, the DRY (Don’t Repeat Yourself) principle helps developers to make minimal mistakes and enhance team productivity.

What kinds of architecture does React js support?

Unlike other libraries and frameworks, React does not have a built-in architecture pattern. React caters to the view layer of application that is made up of components. Components in React work as functions that render the underlying user interface as the data changes. It’s a constant interaction between the users’ actions and the state of the application components that makes up the internal architecture of React js. The state of the React components is excellent when you want to build apps with limited functionality and scope. But for building real-world applications, React is dependent on external libraries like Redux, Flux, MobX, Reflux, and more to implement an architecture pattern.

How easier is it to test a React js app?

Reactjs offers important test runners, and with the help of these tools, the development process becomes easy to follow. For example, test runners such as Jest, Mocha, and others help practice a standard pattern of executing test suites that help testers identify problems in real browser environments, unnecessary functions, and the spot where expensive manipulation of functions execute. It reduces the time-to-market, speeds up the deployment of apps, and gives a push to a more productive environment.

How convenient is it to hire React developers?

Hiring React developers is easier than ever as javascript developers are more likely to be interested in building web applications. The average cost of hiring a React developer is $34 per hour. However, It goes up to $100 based on the skills and experience, and sometimes the rate also varies from country to country.

React is known for excellent pre-built components and UI codes that make the user experience rich for web applications. At the same time, Express enables connection with the frontend through a minimalistic approach. So, when choosing the proper framework for your project, it depends on the need rather than just features.

You can go with Express if,

You can go with React if, 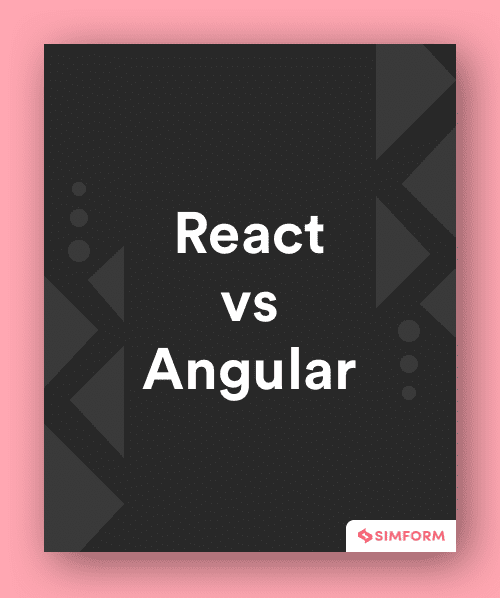 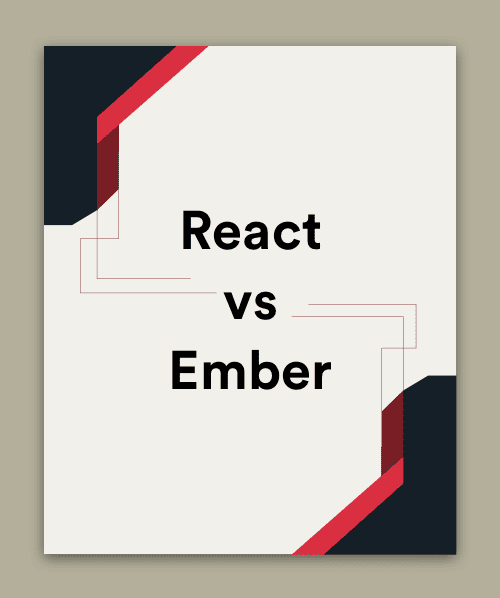 Top 15 JavaScript Frameworks You Should Consider in 2022