13 Companies which use Node.js in production | Detailed Discussion

Quick Summary :- You might have heard how Node.js apps power businesses with high speed & performance. However, what are these businesses? & which companies use node.js? Are these common questions you stumble upon while reading about Node.js? If so, this blog will help you navigate 13 of our favourite & top global companies which use Node.js in production and help you identify their challenges and results.

13 Companies which use Node.js in production | Detailed Discussion

Stack Overflow’s 2020 Developer Survey results are out, and Node.js is continuing at the top with a 51.9% stake as the most popular web framework for Web app development. It is also the second most popular project on Github with over 70,000 stars. Surprisingly, the demand for Node.js developers has surpassed that of PHP developers – which is the oldest, most widespread web technology.

The signal is loud and clear – companies are rapidly prioritizing Node.js as the preferred choice for developing web apps, and the adoption has only gone upwards.

Which companies use Node.js? Here are our favourite 13

Why do famous companies use Node.js apps?

Node.js solves a list of production challenges for top organizations. Some are platform-related, while others are focused on resource utilization. Across the board, Netflix, Paypal, Linkedin, all have admitted to loading-time savings of up to 60% as reported by Hackernoon.

Speedtest.net, a popular tool for benchmarking internet speed, is itself using Node.js. Amongst others, better developer productivity, lower development cost, and higher app performance are the top reasons why companies use node.js apps. 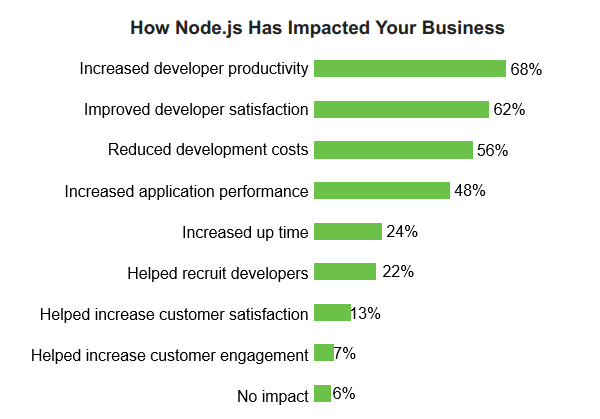 Why use Node.js for building web apps? Node.js Advantages & Disadvantages

Which companies use Node.js? Here are our favourite 13

To understand the rising trend, it is crucial to study which companies use node.js, the challenges they faced, and how node.js helped them solve those challenges. Therefore, we have selected the top 13 companies that use Node.js and prepared a case-by-case guide to help you understand why you should also move to Node.js.

Netflix, which has over 182 million subscribers worldwide (October 2019), has been trying to improve interface loading speed for better user experience. Until 2015, it was using a JAVA backend, which was useful for data management but offered poor user-wait times. Since Javascript frontend didn’t communicate efficiently with the JAVA backend, Netflix decided to move to Node.js to leverage the performance benefits of node.js.

Why Netflix moved to node.js

Benefits of Node.js to Netflix

“Node has proven so handy, that the company is expanding its use to other layers of the stack”, said Kim Trott, director of user interface engineering at Netflix.

NASA, the aeronautics pioneer, was facing difficulties in consolidating its dispersed legacy databases related to EVA Spacesuits. It made it difficult for scientists to access databases for research purposes. Data access was slow and required rummaging through multiple locations to get the data for proper research.

Collin Estes, who designed the Node.js enterprise architecture for NASA, describes how the system needed an API-driven architecture. When you ask which companies use Node.js, you don’t expect NASA, but it’s true for the following reasons.

Why NASA moved to node.js

Benefits of Node.js to NASA

NASA made several key transformations in regards to cloud-readiness and portability of data.

The data synchronization made possible by Node.js is helping everyone from Astronauts to ground crew for safe and speedy access to NASA’s vast databases.

The team at Trello, the famous Kanban-style project management tool, was looking for a lightweight server with snappy loading speeds. Given that Trello is built on Coffeescript, a language that compiles Javascript, the developers prioritized Javascript nativity.

Trello needed an even driven technology that could process multiple concurrent requests at once. Hence, Node.js became the first choice for precisely those reasons.

Why Trello moved to node.js

Benefits of node.js to Trello

Node.js app helped Trello in quick prototyping and delivered on expectations as a Javascript-friendly event-driven server.

“This (using Node.js) was a very fast way for us to get started trying things out with Trello and making sure that the design was headed in the right direction.” Trello’s official blog quoted.

PayPal, which is used by 87.5% of online buyers to make digital payments, was facing the same JAVA to Javascript transition problems like Netflix, resulting in reduced loading time and payment processing issues.

The engineers were skilled at JAVA, but because of a Javascript front-end, several disparities arose in the development process. As a solution, in 2013, PayPal decided to migrate from Java to Node.js, becoming one of the very first companies to do so.

Why PayPal moved to Node.js

Benefits of Node.js to PayPal

PayPal not only witnessed unexpected results in terms of development but also application performance.

“It (Node.js) unifies our engineering specialties into one team which allows us to understand and react to our users’ needs at any level in the technology stack.” Jeff Harrell, director of engineering at PayPal said in his blog post.

Linkedin, the world’s largest professional network, has more than 690 million users. It is also one of the biggest apps that deploy Node.js in production.

LinkedIn, for a long time, was working Ruby on Rails before switching to Node.js. This decision was primarily based on increasing app performance and decreasing resource usage. By employing Node.js as their backend, they moved from synchronous to asynchronous request processing, which offers much faster interface loading speeds.

Why Linkedin moved to node.js

Benefits of Node.js to Linkedin

“Node.js also enabled us to move to a model where the client makes a single request for a page. The code was simplified and we moved to stateless servers.” said, Deepank Gupta is a Senior Software Engineer at LinkedIn on a Medium blog.

Walmart, the leading supermarket giant, wanted its e-commerce website optimized for better performance while being agile enough for distributed teams.

Walmart’s e-commerce website and mobile app attract nearly 80 million users in a month, which called for a system robust enough to handle so many requests. Their crucial target areas were; faster-loading speeds, an HTML-based front-end, and the shift to the microservices architecture that their current JAVA application couldn’t offer.

Why Walmart moved to node.js

Benefits of Node.js to Walmart

Walmart was able to develop an HTML-friendly website for search engines and also increased website performance with Node.js app.

“When Walmart wanted to open up its retail platform to third parties last year, the conversion to React using Node.js was a key enabler”, said Alexander Grigoryan, Walmart senior director of software engineering.

Which companies use Node.js inside out? The simple answer is Uber. Uber is one of the very first large scale adopters of Node.js in production. Uber has a distributed architecture with a large number of modules that communicate with each other via APIs. Since it processes millions of concurrent requests, node.js was a perfect fit for them.

Several components of the Uber Mobile App use Node.js for critical operations such as trip execution and connecting 600+ APIs. Uber is shifting some components to Go, but Node.js continues to play an essential role in its technology stack.

Why Uber moved to Node.js

Benefits of Node.js to Uber

Uber was able to create a reliable, self-healing, distributed environment for Web and Mobile App which heavily relies on Node.js.

Uber is probably the best example that uses most of the Node.js features to power 14 million trips daily. It has seamless integration in the backend as well as front-end interfaces.

Twitter, with its massive user base of 330 million monthly active users, was looking to improve performance for its mobile website, mobile.twitter.com. The website is one of the largest sources of traffic for Twitter. It was earlier serving the same Twitter desktop site on mobile phones, but then it shifted to Node.js to introduce new improvements.

“We really re-wrote everything, and that includes the back end on Node.”
James Bellenger, senior software engineer at Twitter Inc

It’s not surprising that Yahoo Life, Yahoo Food, and Yahoo Answers, all use Node.js. Yahoo is another early adopter of the technology into production, starting from Node version 0.8. Even Flickr, which is owned by Yahoo, leverages Node.js for serving high-traffic photo pages quickly and reliably.

Why Yahoo moved to Node.js

Benefits of Node.js to Yahoo

“Every property that we have moved onto Node.js has seen an increase in performance. The way it is setup, it’s very easy to scale horizontally” said Eric Ferraiuolo Principal Software Engineer, Yahoo in a video blog.

eBay receives a billion service requests every day, becoming one of the largest marketplaces in the world and one of the top companies which use node.js. It had been using a JAVA-based architecture for a long time before shifting to Node.js.

eBay, just like PayPal and Netflix, faced platform issues with JAVA and wanted a lighter runtime that could bode well with the front-end. The disparity between the front and back end code, made the website slow for the users.

Why eBay moved to Node.js

Benefits of Node.js to eBay

“We started with the basic Java infrastructure, but it consumed many more resources than expected, raising questions about scalability for production. These concerns led us to build a new mid-tier orchestrator from scratch, and Node.js seemed to be a perfect fit.” said Senthil Padmanabhan, VP, eBay Front-end and User Experience.

GoDaddy, one of the world’s largest hosting and domain name providers, is also one of the biggest companies backing node.js. GoDaddy’s switch took place when they redesigned their website in 2016. The key priorities were to reduce server load occupied by the Website Builder platform, reduce costs, and offer better performance to the users.

Why GoDaddy moved to Node.js

Benefits of Node.js to GoDaddy

“You might have seen, if you’re a GoDaddy user, recently we did a pretty large rebranding of the site and we rolled that out in about an hour. That went really smoothly and a lot of that was thanks to Node.js.” – said Charlie Robbins, Director of Engineering for the UX platform at GoDaddy

Groupon, an e-commerce giant with more than 40 million active users, was facing scalability issues for business growth. It deployed a JAVA and Ruby on Rails architecture, which was monolithic & hard to maintain.

Furthermore, Groupon had deployed a PHP stack in South America and another JAVA stack in Europe, causing development hurdles.

Why Groupon moved to Node.js

Benefits of Node.js to Groupon

Groupon was able to successfully shift to a Javascript-friendly web layer that was easy to scale and was consistent across the project.

“We’ve just finished migrating our U.S. frontend from Ruby to our new Node.js infrastructure. The old monolithic frontend was split up into approximately 20 separate web apps, each of which was a clean rewrite.” – said Adam Geitgey, Director of Software Engineering at Groupon

Medium is a Content and Blogging platform, with about 25 million monthly unique users. It’s one of the few companies that use Node.js and AWS right from the beginning.

Why Medium moved to Node.js

Benefits of Node.js to Medium

“We deployed to EC2 from the start. The main app servers were written in Node.js, and we migrated to DynamoDB for the public launch.” said Dan Pupius at Medium

This is why Node.js is a part of our tech stack for web applications that have Netflix-like performance needs or eBay-like scalability expectations. If you want to leverage Node.js like these companies, our Node.js Developers will help you make a foresighted decision. 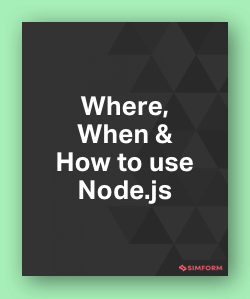 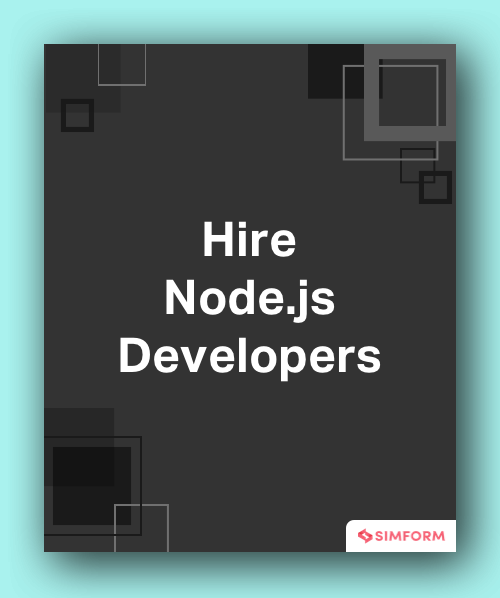 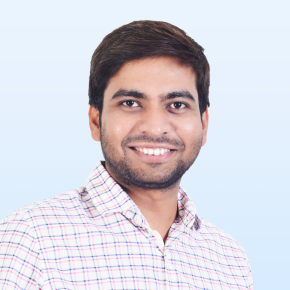 Tejas is a Senior Tech Consultant at Simform excelling in mobile and server-side technologies, with extensive experience in working closely with startups and enterprises. His expertise in understanding tech has helped businesses achieve excellence over the long run. 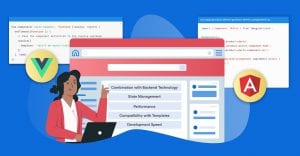 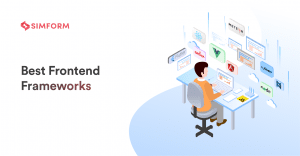 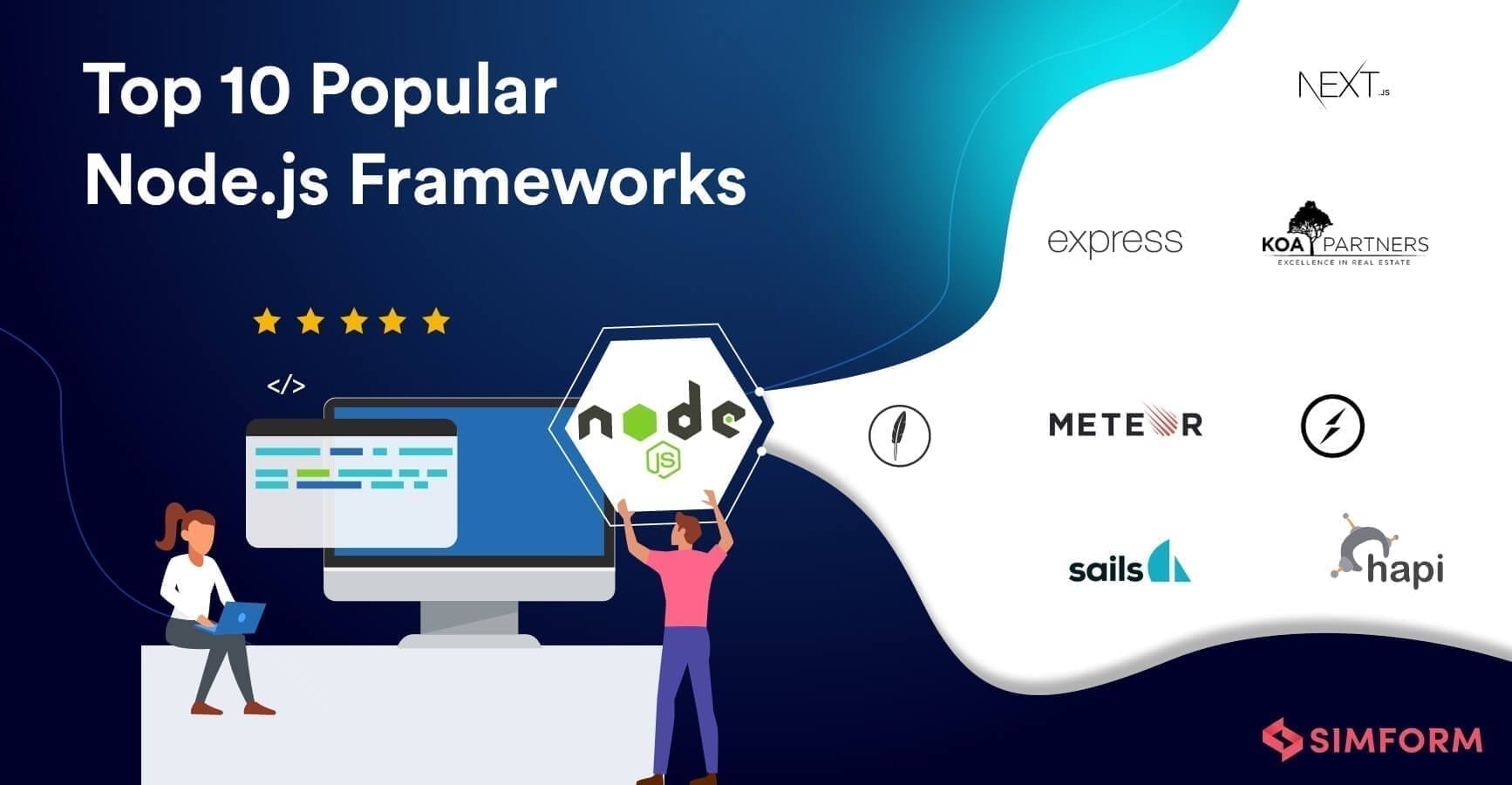